The dedication of Indian soldiers and veterans towards the country is an ‘exemplary example’, Defence Minister Rajnath Singh said on Sunday soon after arriving in Ladakh on a three-day visit aimed at taking stock of India’s military preparedness in the region in the face of a prolonged border row with China. In Leh, Singh interacted with senior elected representatives of Kargil, Leh and Ladakh Autonomous Hill Development Council with a focus on the overall development of the regions, officials said.

The defence minister, accompanied by Army Chief Gen MM Naravane, also met a number of armed forces veterans and discussed issues relating to their welfare as well as national security.

Official sources said the defence minister will carry out a comprehensive review of India’s operational readiness in eastern Ladakh amid a stalemate in the next stage of disengagement with China at several friction points. 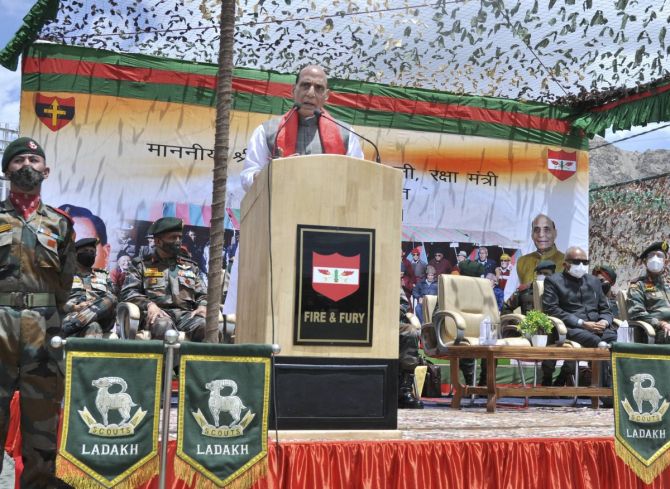 The defence minister is scheduled to visit various key formations and high-altitude bases in the region to assess the ground realities as well as to boost the morale of the troops guarding the Line of Actual Control in a hostile environment.

It is Singh’s first visit to eastern Ladakh after the Indian and Chinese militaries pulled back troops, tanks, infantry and other equipment from the Pangong lake areas in February as part of an agreement.

Singh’s visit to the sensitive region comes amid fresh sparring between India and China over the standoff. India’s response came after China said its military deployment in the region is a normal defence arrangement aimed at ‘preventing and responding’ to “encroachment and threat” on Chinese territory by India. 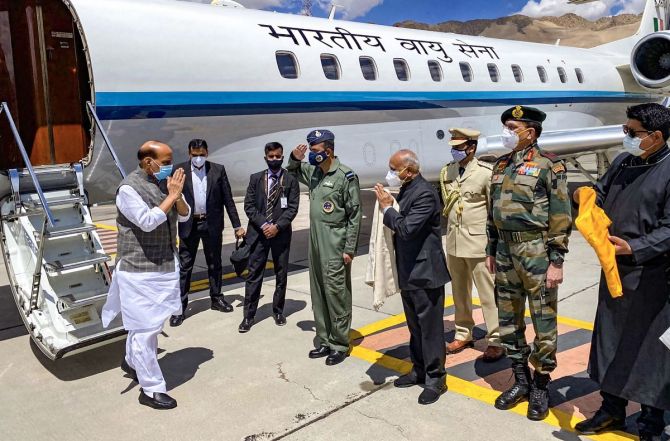 The Army Chief also said that India is dealing with China in a ‘firm’ and ‘non-escalatory’ manner to ensure the sanctity of its claims in eastern Ladakh, and that it was even open to initiating confidence-building measures.