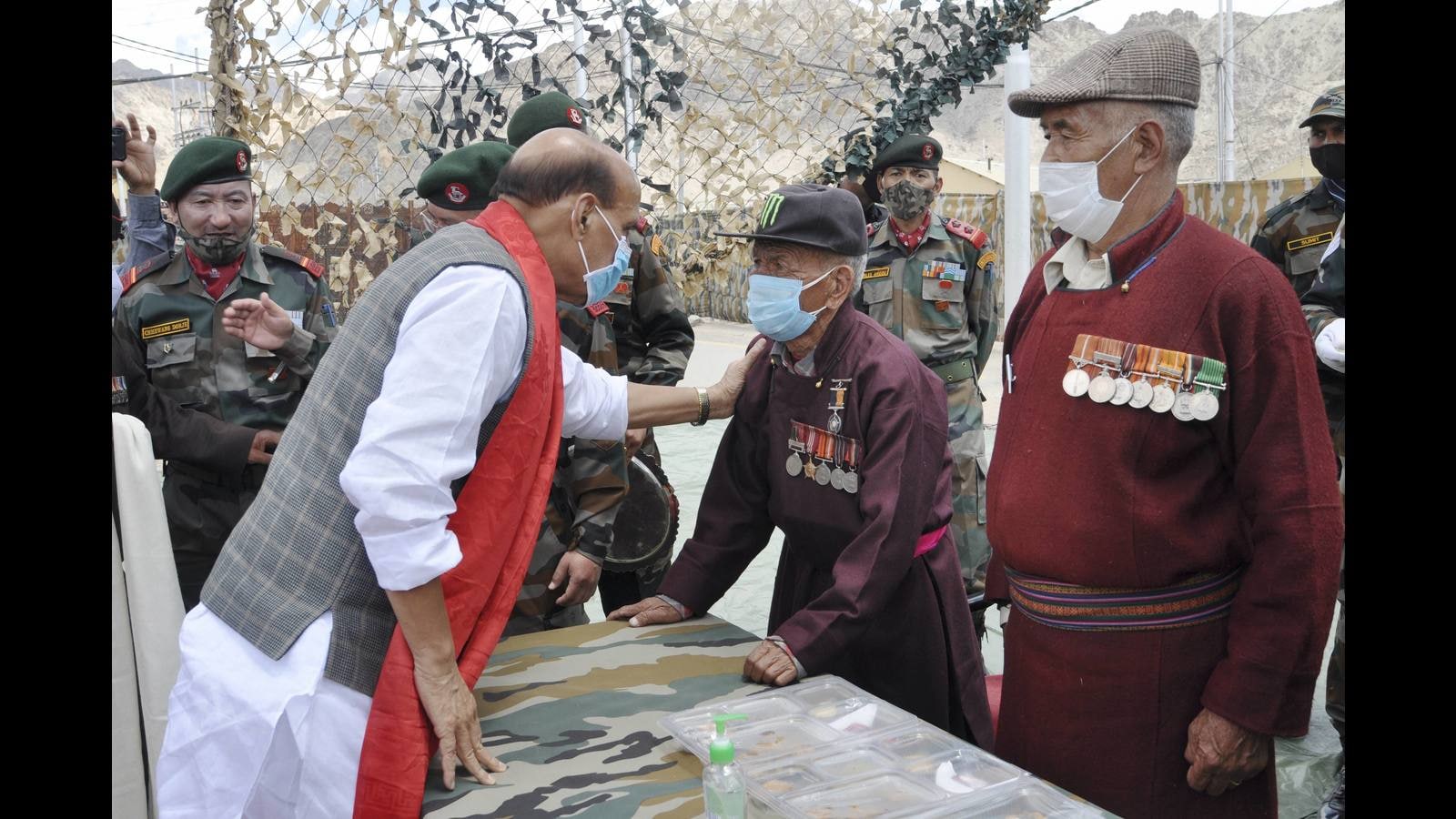 Defence minister Rajnath Singh on Sunday reviewed India’s military preparedness in eastern Ladakh on the first day of his three-day visit to the region amid a deadlock with China over the next stage of disengagement at several friction points, people familiar with the matter said.

The defence minister, accompanied by Army Chief Gen MM Naravane, was given a detailed briefing about the prevailing situation as well as India’s combat readiness in the region by top commanders of the Army at the Leh-based headquarters of the 14 Corps, officials aware of the developments added.

In his address, Singh lauded the “unparalleled dedication” of the veterans in ensuring safety and security of the nation, reiterating the government’s commitment towards the welfare of the ex-servicemen.

“The dedication of our soldiers and veterans towards the country is an exemplary example. I express my gratitude from the bottom of my heart to all. Our aim is to take care of you in the same way as you all have taken care of the security of the country,” he said.

He said Prime Minister Narendra Modi’s decision to roll out ‘One Rank One Pension’ scheme, ending a decades long wait, was a testimony to the Government’s unwavering commitment towards the welfare and satisfaction of the veterans.

He added that a number of online services under ‘Digital India’ have been introduced for the veterans. These include launch of ‘e-Sehat’ portal to provide tele-medicine services, especially during the ongoing Covid-19 pandemic and the introduction of Interactive Voice Response System (IVRS) to address the problems faced by the ex-servicemen.