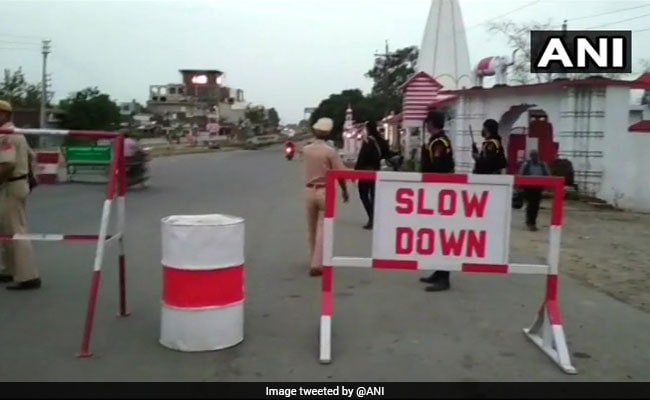 Checking of vehicles entering Pathankot from J&K side has been intensified, said police (File)

Tight vigil is being maintained near key installations in Pathankot, they said.

Patrolling has been strengthened near sensitive areas in and around Pathankot and additional forces have been deployed, police said.

“We are on our guard in view of the situation. Whenever there is an incident of this kind, maximum alert is sounded in neighbouring areas,” Pathankot’s Senior Superintendent of Police, Surendra Lamba, told PTI over phone when asked if additional security measures have been put in place in wake of the Jammu incident.

“We are checking vigorously our inter-state border movement. We have deployed additional forces also,” he said, adding, specialised commandos and SWAT teams of Punjab Police are being deployed strategically.

Checking of vehicles headed to Jammu and entering Pathankot from J&K side has been intensified, Mr Lamba said.

The drones crashed into the Air Force station at Jammu airport in the early hours of Sunday. Two IAF personnel were injured in the explosions that took place around 1.40 am within six minutes of each other.

The first blast ripped off the roof of a single-storey building at the technical area of the airport manned by the IAF in Satwari area of the city. The second one was on the ground, the officials said.