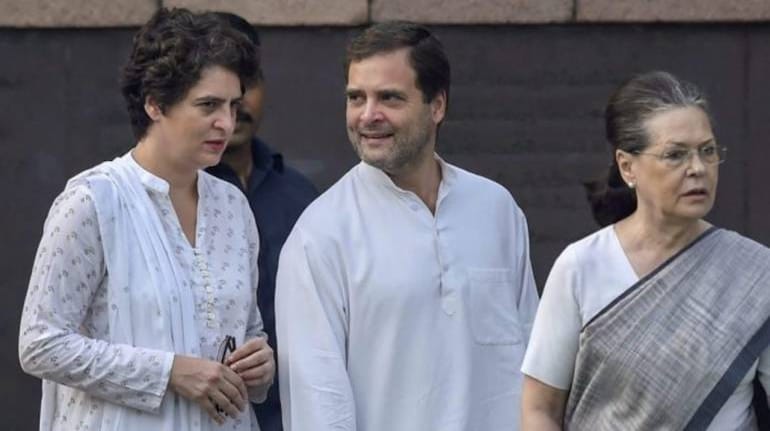 Congress leader Priyanka Gandhi Vadra on Sunday slammed the Centre over rising fuel prices and asked why the government is making the taxes on petrol and diesel a means to “loot” the people. In a Facebook post, the Congress general secretary said that in 2013, when the price of crude oil in the international market was $101 per barrel, then the people were getting petrol for Rs 66 per litre and diesel for Rs 51 per litre.

She said the BJP government has recovered about Rs 4 lakh crore in 2020-21 which is 300 per cent more than the amount collected in taxes on petrol and diesel in 2014. “Despite crude oil prices reaching $19 per barrel in the international market in April 2020, the central government did not allow its benefits to reach the people of the country but continued to fill their pockets and those of companies,” Priyanka Gandhi alleged.

Even today, the oil prices in the international market are much lower than in 2013 , but this year the government has increased the prices of petrol and diesel more than 50 times, she said slamming the Centre. Petrol prices have hit a century in 135 districts of the country, Priyanka Gandhi said.

The question is when the prices of crude oil in the international market were low, why was the benefit not passed on to the people of the country, Priyanka Gandhi asked. She also asked if the increase of more than 300 per cent in tax collection on fuel since 2014 is justified.

“The central government has collected 21.5 lakh crore from taxes on petroleum products in seven years, but what did the middle class, poor people, and business class get?” Priyanka Gandhi said. During the times of crisis, about Rs 4 lakh crore were collected from the people in the country from taxes on petrol and diesel but how much of it was spent to provide relief to them in a troubled economic situation, she asked.

“Why is the government making taxes on petrol and diesel and their rising prices a means to loot the people of the country?” Priyanka Gandhi said. Petrol price soared past Rs 100-a-litre mark in Bihar after fuel prices were hiked again on Sunday on the back of a surge in international oil rates.

Petrol price was hiked by 35 paise per litre and diesel by 25 paise, according to a price notification of state-owned fuel retailers. The increase, second in as many days and 31st in less than two months, took rates across the country to fresh highs with Bihar becoming the latest state to see petrol cross Rs 100-a-litre mark.

Petrol and diesel prices were hiked by 35 paise per litre each on Saturday. In Delhi, petrol hit an all-time high of Rs 98.46 a litre, while diesel is now priced at Rs 88.90 per litre.

Fuel prices differ from state to state depending on the incidence of local taxes such as value-added tax (VAT) and freight charges. While petrol had crossed Rs 100-a-litre mark in Rajasthan, Madhya Pradesh, Maharashtra, Andhra Pradesh, Telangana, Karnataka, Jammu and Kashmir, Odisha, Tamil Nadu and Ladakh, several towns in Bihar saw that level after the steep price hike. Source