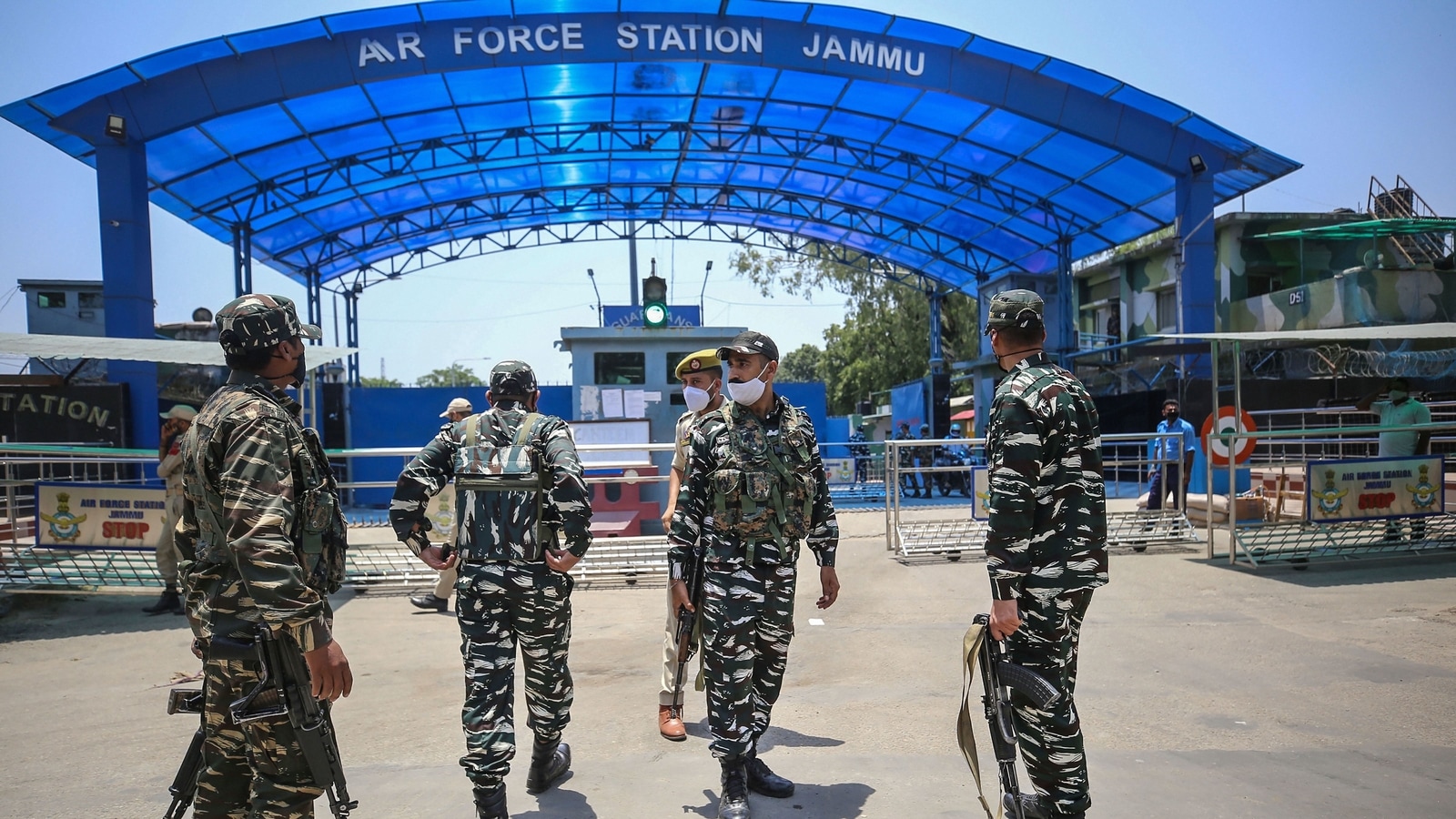 The Jammu and Kashmir (J&K) police registered a First Information Report (FIR) under the Unlawful Activities (Prevention) Act after two low-intensity explosions took place at the Jammu Air Force Station on Sunday, news agency ANI reported quoting officials. The Deputy Inspector General of Police (DIG) of the Central Reserve Police Force (CRPF) is also at the station for investigation, it also reported. A team of National Investigation Agency (NIA) also arrived at the Air Force Station earlier in the day.

This comes after director-general of police in J&K, Dilbag Singh termed the blasts ‘a terror attack,’ as per PTI report. The police, Indian Air Force (IAF) and other agencies were investigating the attack, PTI reported Singh as saying.

Two IAF personnel were injured when two explosives-laden drones crashed into the station around 1.40am. The blasts took place within six minutes of each other. The first blast ripped off the roof of a single-storey building at the technical area of the airport manned by the IAF in Satwari area of the city. The second one was on the ground.

According to a report by ANI, a shaped charge (explosive device) was used for the attack, initial probe suggests.

After the twin explosions, Union minister of defence, Rajnath Singh spoke to vice air cief, air marshal HS Arora, earlier in the day. He also informed the officials at the station that marshal Vikram Singh would soon be reaching Jammu to take stock of the situation.

Chief Air Chief Marshal RKS Bhadauria, who is in Bangladesh on an official invitation, is also monitoring the situation constantly, the news agency also reported.

Meanwhile, Jammu airport officials said that all flight operations are normal and 16 flights scheduled for the day departing to Delhi, Srinagar, Leh and Gwalior. Only two flights G8 185 and SG 963 cancelled for the day due to operational reasons.