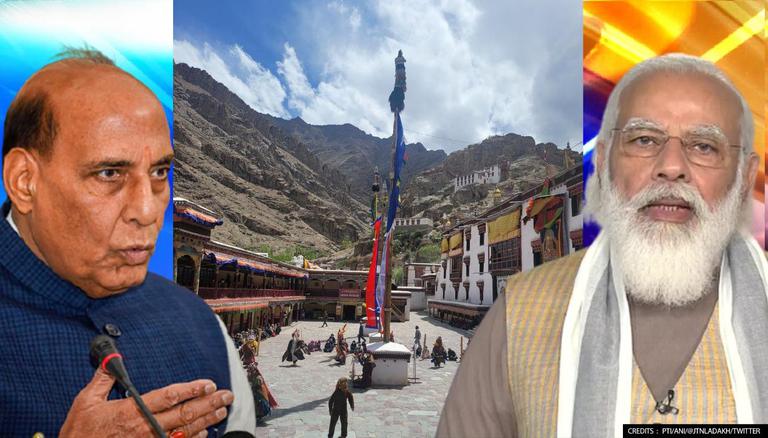 In an important development on Monday, Defence Minister Rajnath Singh revealed that Prime Minister Narendra Modi will speak to political leaders of Ladakh very soon. He was speaking at the inauguration ceremony of 63 infrastructure projects by the Border Roads Organisation. Stressing that the PM wants the political process to recommence in Jammu and Kashmir as well as Ladakh, he contended that incidents of terrorism have reduced after the region was made a Union Territory.

“PM Modi wants that the political process should start in Jammu & Kashmir and Ladakh. The PM has already spoken to the political parties of Jammu and Kashmir. He will soon talk to the people of Ladakh too,” Defence Minister Rajnath Singh said.

As per the Jammu and Kashmir Reorganisation Act, 2019, J&K and Ladakh were carved out as separate Union Territories. According to Singh, Ladakh was given UT status owing to reasons such as terrorism and lack of socio-economic development. He added that the Union government had taken multiple measures to augment investment and infrastructure in the region.

Terrorism lack of social-economic development were a few of the main reasons behind making Ladakh a Union Territory. The incidents of terrorism have reduced after the region was made UT. Many steps being taken by Centre to bring investment & improve infrastructure here: Def Min pic.twitter.com/XpMQsfIoE1