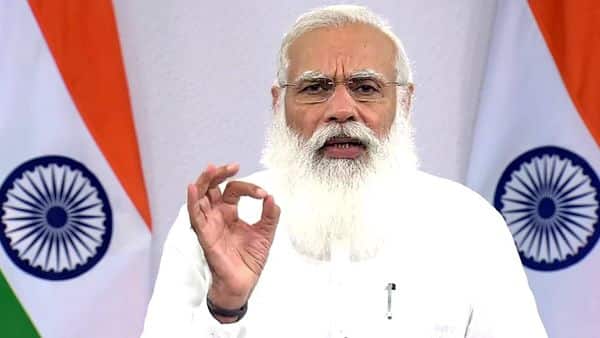 India administered a record 8.6 million doses of covid-19 vaccines on the first day of a new phase of vaccination after the Centre went back to the procurement of jabs on behalf of states.

“On 21 June, the next phase of the vaccination campaign commenced…and that very day, the country registered a record of administering vaccines to over 86 lakh people, free of cost…that too on a single day!” PM Modi said during the 78th episode of his monthly radio programme Mann ki Baat.

India hopes to administer 1 crore jabs a day against covid-19 in August as the World Health Organisation has warned that the Delta variant first detected in India is the most transmissible among the unvaccinated.

“Friends, we have to keep making efforts to ensure that every citizen is able to avail of safety through the vaccine. At many places, in order to end vaccine hesitancy, myriad organizations and members of civil society have come forward,” PM Modi said.

This comes against the backdrop of an expected third wave with the government facing criticism over its mishandling of the second wave. “Through the year many senior scientists have worked and that is why we have to believe in science, believe in scientists,” he added.

While talking to villages to dispel fears against vaccination, Modi said, “I would like to urge you and all my brothers and sisters in the village to dispel fear, if any,” and mentioned Weyan village in Bandipora district of Kashmir, and three Nagaland villages that have achieved 100% vaccination for people above 18 years of age. He also spoke about the boat ambulance service at Dal Lake in Srinagar started by houseboat owner Tariq Ahmad Patloo.

The National Democratic Alliance (NDA) government has been trying to reach out to Kashmiris in the efforts for conducting elections after the state was bifurcated into the two Union territories of Jammu and Kashmir and Ladakh. PM Modi recently held an all-party meeting with leaders amid plans for delimitation and election.

The NDA government scrapped Article 370 and Article 35A of the Constitution that granted special status to the terror-prone state and bifurcated the state into two Union territories of Jammu and Kashmir and Ladakh.

Central government ministries and departments are pulling out all stops to launch the 75 week-long programme to commemorate 75 years of Independence, as reported by Mint earlier.

“It is our good fortune that we are witness to the festival of 75 years of our Independence. Hence the next time we meet in ‘Mann Ki Baat’, we will talk more about preparations for the Amrit Mahotsav,” he added.

PM Modi also paid his homage to athlete Milkha Singh who died due to coronavirus and had represented India in the 1964 Tokyo Olympics and spoke about some members of the Indian contingent for the upcoming Tokyo Olympics and their grit and determination. These included archers Praveen Jadhav and Deepika Kumari, hockey player Neha Goyal, race walker Priyanka Goswami, javelin thrower Shivpal Singh, badminton players Chirag Shetty and Satwiksairaj, boxer Manish Kaushik and fencer C.A. Bhavani Devi.

“Friends, when talent, dedication, determination and sportsman spirit come together only then a champion is made. In our country, most of the sportspersons hail from the smaller towns and villages. Our team that is going to Tokyo too has many such players whose life inspires a lot,” Modi said.

Presently, more than 100 Indian athletes have qualified for Tokyo Olympics across 11 sports disciplines.

PM Modi also paid homage to Dr B.C. Roy and senior civil servant Guru Prasad Mohapatra, a 1986 batch IAS officer of Gujarat cadre who died due to covid complications. Mohapatra was serving as the secretary in the Department for Promotion of Industry and Internal Trade (DPIIT).

“My dear countrymen, a few days from now we will celebrate National Doctors Day on 1 July. This day is dedicated to the birth anniversary of the great doctor and statesman of the country, Dr B.C. Roy. We are all grateful for the contribution of doctors in the corona period. Our doctors have served us without caring about their lives. Therefore, this time around National Doctors Day becomes all the more special,” he said.

“Guruprasad ji was diagnosed with corona, he was admitted in the hospital and yet at the same time was performing his official duties too. He toiled day and night to increase the oxygen-producing capacities of the country and to ensure that oxygen reached far-flung areas,” he added.

Apart from ramping up medical oxygen production in the country, setting up oxygen plants and importing cryogenic containers, oxygen cylinders and concentrators, India has also been ramping up the production of medicines and domestic healthcare equipment manufacturing capacity.

With the arrival of the monsoon season, PM Modi also spoke about the need for rainwater conservation.