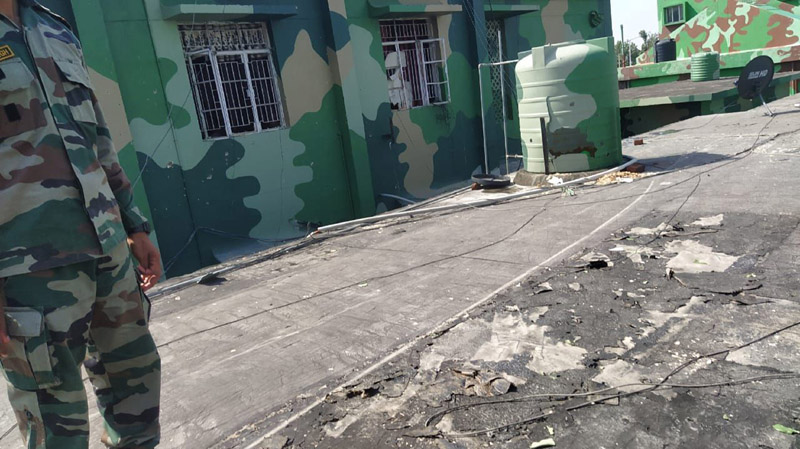 Jammu/UNI: Almost after more than five hours of investigation at the site of Air Force Station explosions, the team of National Investigation Agency (NIA) officials detained two suspects from Belicherana area of Jammu.

Belicherana area is close to the Nikki Tawi, just few kilometres away from the Indo-Pak international border.

In a first-of-its-kind attack in India, drones were used to airdrop explosives at the Indian Air Force (IAF) base in Jammu which led to two low-intensity blasts in the wee hours of Sunday leaving two soldiers injured.

An official said that the two low-intensity blasts took place at around 0140 hours at the high-security zone of Air Force Station Jammu.

Earlier, Jammu and Kashmir Director General of Police, Dilbag Singh had told UNI that police is also working on Jammu airfield blasts along with other agencies.

“Use of drone with payload in both the blasts at Jammu airfield suspected to drop the explosive material,” he said.

Air Force authorities in its tweet said that one blast caused minor damage to the roof of a building while the other exploded in an open area.

“The ceiling and window panes have been damaged due to blast,” said the official.

There was no damage to any equipment. The investigation is in progress along with civil agencies, the IAF clarified.

The incident took place hours before Defence Minister Rajnath Singh arrived in Ladakh on a three-day visit to review the overall security situation in the hinterland and along the borders in the Union Territory.