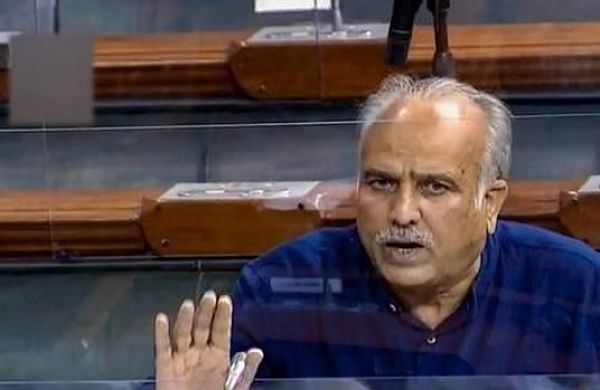 SRINAGAR: Taking a dig at leaders of Congress and the Peoples Conference, who are hesitant to take a clear stand on Article 370 by claiming that the matter is ‘sub-judice’, senior National Conference (NC) leader and MP Justice (Retd) Hasnain Masoodi said that the arguments advanced by these leaders is “specious and evasive”.

“The pendency of petitions in the Supreme Court challenging August 5, 2019 decisions does not stand in the way of the Government of India to undo injustice and evoke a constitutionally suspect law,” Masoodi added.

Masoodi said the “perpetrator of an unconstitutional act, notwithstanding challenge to the act, is always free to reverse the decision and restore majesty of law and constitutional supremacy.”

“It also does not either forbid a person, group of persons or a political party from articulating its viewpoint or taking a stand on the matter,” he said.

Many Valley based leaders including former J&K Deputy Chief Minister Muzaffar Hussain Baig, Altaf Bukhari of Apni Party and Sajjad Gani Lone of Peoples Conference are hesitant to take clear stated on Article saying that Article 370 is a ‘sub judice’ and it can only be restored by the Supreme Court.

Masoodi said the leaders take cover under the argument to create an impression, though deceptively among the people of Jammu, Kashmir and Ladakh, that the leaders are with their aspirations but cannot voice theirs viewpoint and at the same time convey to  forces inimical to aspirations of the people, that the leaders by avoiding to take a stand are facilitating implementation of their agenda.

Masoodi said pendency of as many as 144 petitions against Citizenship Amendment Act (CAA) did not make political parties feel dissuaded from making CAA an election issue, vocally opposing the CAA in poll campaign and promising “no CAA in Assam if voted”.

“Same is true about Farm Laws where though the constitutionality of the laws is going through judicial scrutiny, the parties are vying with each other to support the farmers agitation and  call the challenged laws as ‘black laws to economically exploit the peasants and agricultural labourers”, the National Conference MP said.

Masoodi reiterated NC’s stand that the restoration of August 4, 2019 constitutional position alone would lead to durable and lasting peace in Jammu, Kashmir and Ladakh and fulfil aspirations of the people.

On August 5,2019 The Union Government scrapped Jammu and Kashmir’s special status and bifurcated the J&K state into two UTs.

Many petitions were filed in the Supreme Court challenging the abrogation of Articles 370 and 35A and bifurcation of the state.