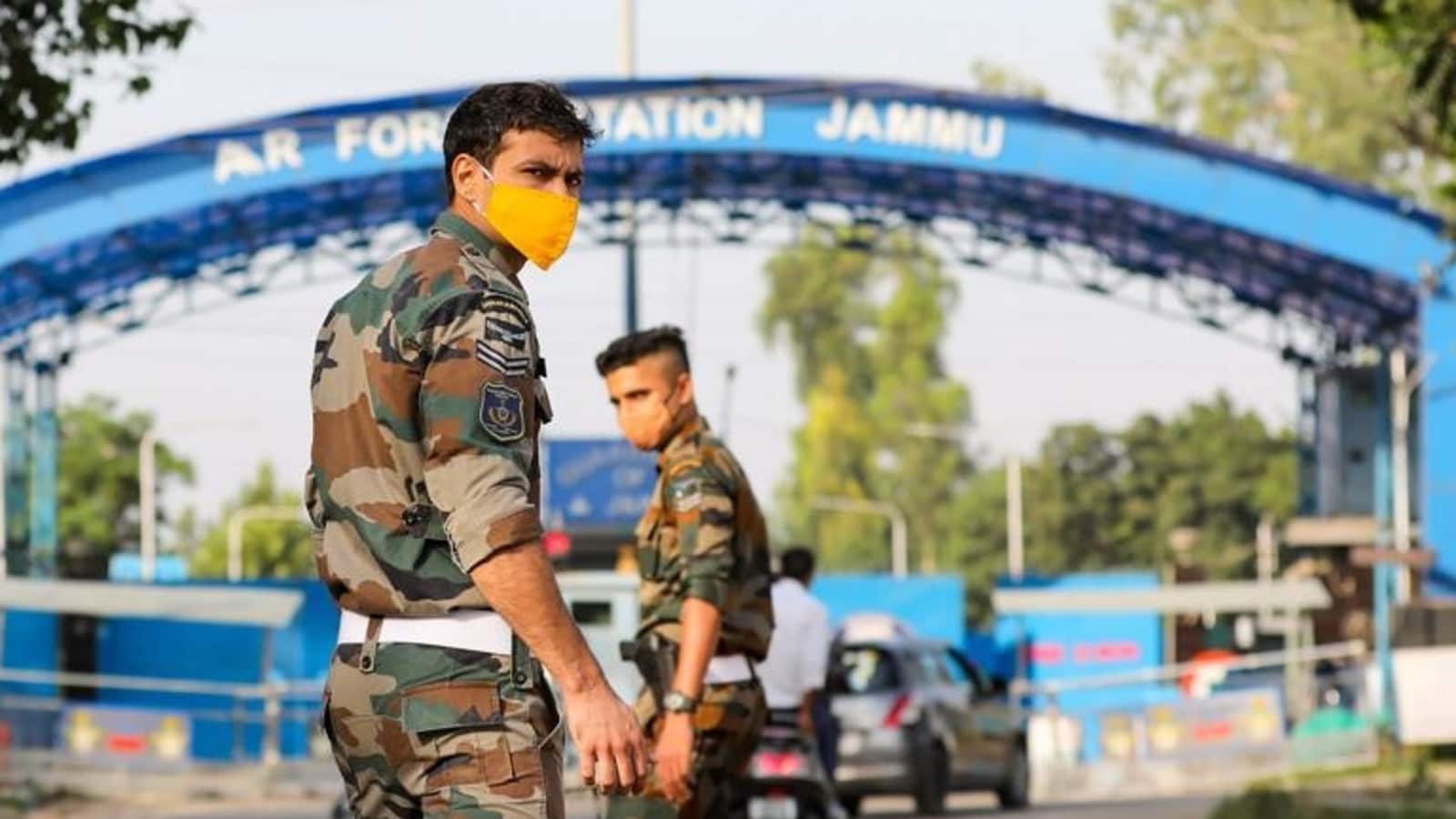 Security agencies were investigating the suspected use of drones by terrorists after two “low-intensity” explosions hit an Indian Air Force station in Jammu on Sunday, leaving two IAF personnel injured and prompting multiple teams to join the probe.

The explosions hit the station a little after 1:30am on Sunday and caused minor damage to a building, with security experts and officials saying this could be the first time drones were used in an attack on a major installation in the country.

Jammu and Kashmir’s director general of police Dilbag Singh said that the twin blasts at the IAF’s technical airport was a “terror attack”. It was reported at the high-security technical area of the Jammu airport that is manned by the IAF in Satwari area on the outskirts of the city.

“A drone with payload in both the blasts at Jammu airfield is suspected to have dropped the explosive material. The police have registered an FIR and investigation is on,” Singh said.

The first blast at the airport, which is used for VVIP movement and armed forces’ strategic operations, took place at 1:37am, causing minor damage to the roof of a building, and the second one – said to be weaker in intensity – was reported at 1:42am in an open area, according to an IAF official.

Singh said the police and other agencies were working with IAF officials to ascertain the specifics. A team of the National Investigation Agency (NIA) was also at the spot.

The air force said the blasts were also being probed by a high-level IAF team. “There was no damage to any equipment. Investigation is in progress along with civil agencies,” the IAF’s official Twitter handle said.

There have been several incidents of Pakistan-based terrorists using drones in the border areas of Jammu and Kashmir to drop arms, ammunition, drugs and money to fuel terrorism in the region. But experts indicated that drones have previously not been engaged by terrorists to carry out attacks.

Following a series of back-channel contacts between Indian and Pakistani security officials, the two countries recommitted themselves to the 2003 ceasefire on the Line of Control (LoC) in February. The truce has largely held, helping to ease bilateral tensions, though recent reports have suggested the back-channel contacts have stalled.

Pakistan has also issued several strong statements in recent weeks about what it claims were the Indian government’s plans to carry out more changes in Jammu and Kashmir. India has rejected these statements, noting that Kashmir is an integral part of the country and Pakistan’s comments amounted to interference in internal affairs.

On Sunday, the J&K Police said they had detained two people for questioning over the blasts. An official, who asked not to be named, said the “possible target of the drones was the aircraft parked in the dispersal area”.

Another official said that the first blast created a hole in the rooftop of the building, indicating the use of “adequate amount of explosives”.

Soon after the second blast, a bomb disposal squad and forensic experts rushed to the site, the official said on condition of anonymity.

The incident comes days after Prime Minister Narendra Modi told political leaders from Jammu and Kashmir that elections would be held there once delimitation is carried out, two years after the special status of the erstwhile state was revoked.

It was not immediately clear from where the drones took off and investigations were underway to track their flight path, an official told news agency PTI.

Investigators scanned CCTV footage, including from cameras installed on the boundary walls of the airport. The aerial distance from the Jammu airport to the international border is about 14km, the official said.

While officials were investigating the drone attack, a person, suspected to be linked to Lashker-e-Taiba, was arrested along with an improvised explosive device (IED) weighing around 6kg, the DGP said.

“The suspect has been detained and is being interrogated. More suspects are likely to be picked up in this foiled IED blast attempt,” Singh said.

The Jammu airport is a civil airport with the runway and the ATC (air traffic control) under the IAF.

Jammu airport’s director Pravat Ranjan Beuria told PTI there was no disruption in flight operations due to the explosions. “Flights to and from Jammu airport are operating as per schedule,” he said.