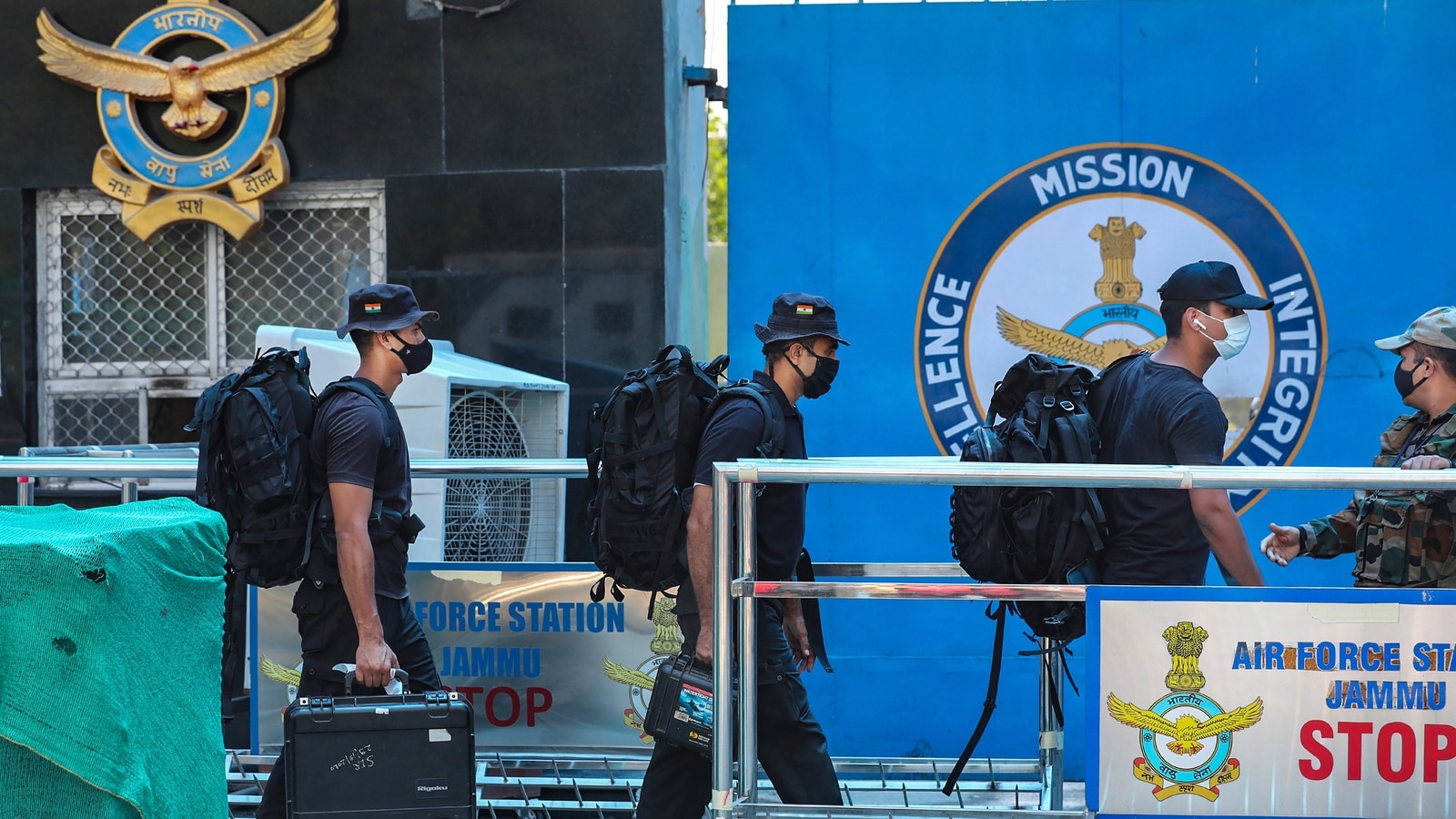 The Indian Air Force station in Jammu was hit by two “low-intensity” explosions on Sunday, which injured two IAF personnel and damaged a building. According to officials, the attack is believed to be the first-ever use of drones to target an Indian military facility.

Multiple teams, including a team of the National Investigation Agency (NIA), joined the probe and Jammu and Kashmir’s director general of police Dilbag Singh said that the twin blasts were part of a “terror attack”.

Here is what we know about the blasts so far:

— The first of the two blasts took place around 1.37am on Sunday. The second, which was lower in intensity, followed after a few minutes at 1.42am.

— The blasts were reported at the high-security technical area of the Jammu airport that is manned by the IAF in the Satwari area on the outskirts of the city.

— A bomb disposal squad and forensic experts rushed to the spot soon after the blasts were reported.

— A high-level IAF team is also looking into the incident. “There was no damage to any equipment. An investigation is in progress along with civil agencies,” the IAF’s official Twitter handle said.

— Two suspects were detained by the J&K police on Sunday for questioning. The “possible target of the drones was the aircraft parked in the dispersal area”, according to an official concerned.

The blasts come days after Prime Minister Narendra Modi held a meeting with the top political parties of the Union territory and announced that that election would be held there once delimitation is carried out, two years after the special status of the erstwhile state was revoked in October 2019.