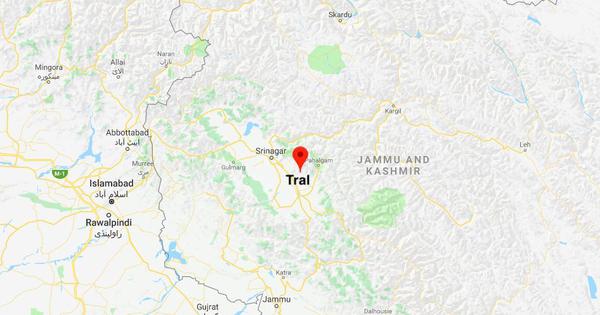 Special police officer Fayaz Ahmad died on Sunday after suspected militants barged into his house in Hariparigam area in Jammu and Kashmir’s Pulwama district and opened fire. The police said that Ahmad, his wife and daughter were severely injured in the attack.

Fayaz Ahmed died on the spot and his wife succumbed to her injuries at a hospital, the police said. The police officer’s daughter is in a critical condition and has been shifted to a hospital in Srinagar, reported India Today.

“In the firing, Ahmad along with his wife, Raja Bano, and daughter, Rafia Jan, received bullet wounds,” the police told The Hindu. “Later, the couple succumbed to their injuries in the hospital.”

On Monday morning, the last rites of the police officer and his wife were carried out, reported ANI.

Late on Sunday, the police said that the area had been cordoned off and the officials were looking for the assailants.

Jammu and Kashmir Lieutenant Governor Manoj Sinha condemned the brutal attack on Ahmad and his family. “This is an act of cowardice and perpetrators of violence will be brought to justice very soon,” he said.

The incident took place on the same day when the Indian Air Force said that two low-intensity explosions were reported in the technical area of the Jammu Air Force Station.

Jammu and Kashmir Director General of Police Dilbagh Singh said that he suspected that a drone was used to drop explosive material, triggering blasts. However, the Indian Air Force has not confirmed this information.

Singh said that another improvised explosive device, or IED, weighing five to six kilograms had also been recovered by the police.

Two Indian Air Force personnel suffered minor injuries in the explosions and are under observation. The police have arrested two people in connection with the blasts.