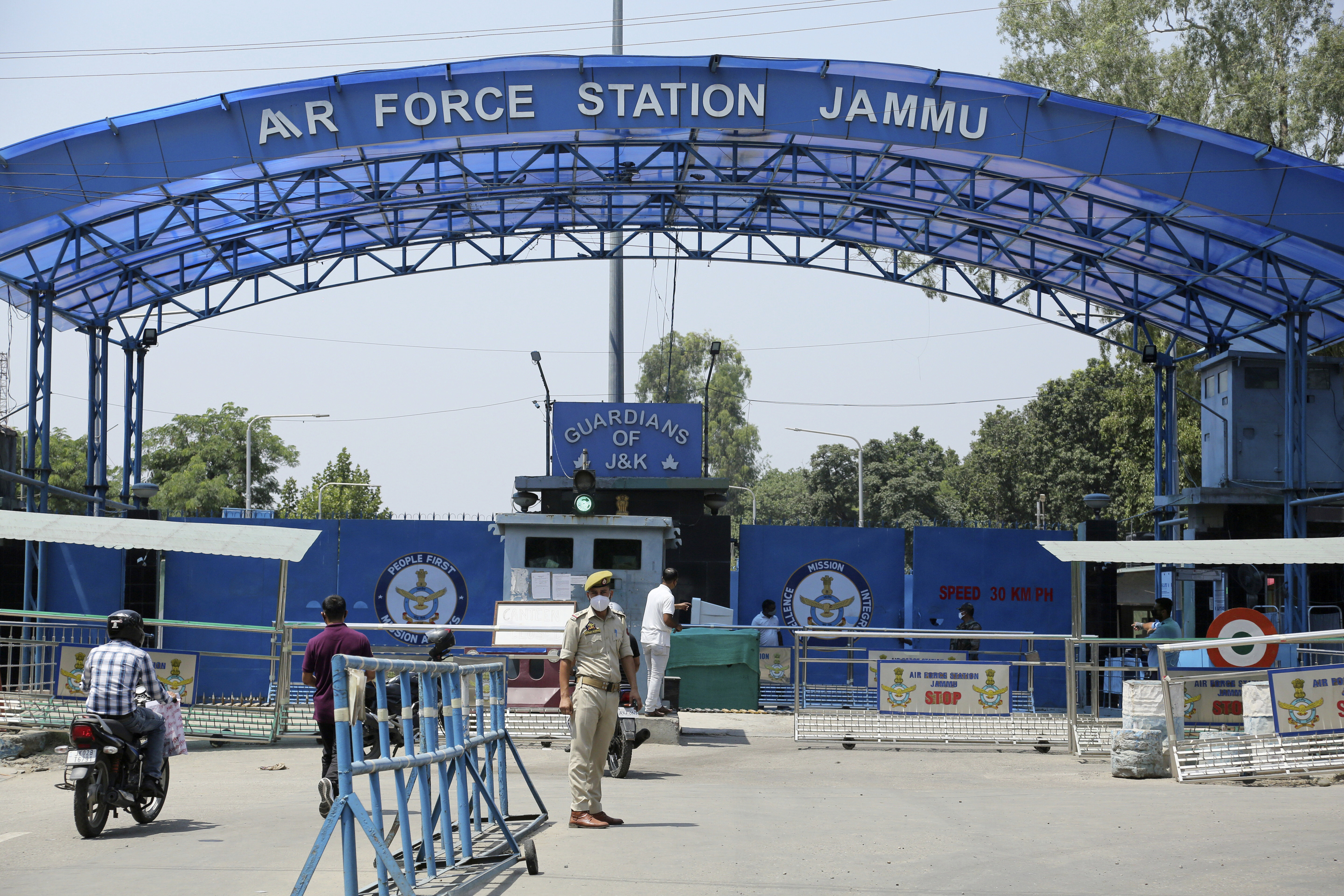 SRINAGAR, India (AP) — Indian officials said Sunday they suspect explosives-laden drones were used to attack an air base in the disputed region of Kashmir, calling it the first such incident of its kind in India.

Dilbagh Singh, the region’s police director-general, told the private news channel New Delhi Television that “drones with payload were used in both the blasts.” Singh called the attack an act of terrorism.

Two soldiers were lightly wounded in the explosions, according to a military officer who spoke on condition of anonymity in keeping with military regulations.

India’s air force tweeted that the attack caused minor damage to a building on the base, located in the southern city of Jammu in the Indian-controlled portion of Kashmir, while the second blast hit an open area. It said no military equipment was damaged.

The incident, if proven to have been carried out by anti-India rebels, would mark a major shift in strategy against New Delhi. Rebels have primarily used classic guerrilla tactics such as ambushes, hit-and-run attacks, remote-controlled explosions and car bombings.

Lt. Gen. D.S. Hooda, who was head of the Indian military’s Northern Command from 2014 to 2016 which covers Kashmir, said Sunday’s potential drone strike poses a “huge and serious challenge” for the security apparatus. He said commercial drones are easily available on the market and don’t need advanced technology to be used in attacks.

“Drones have a small visual signature and traditional radars hardly pick them up,” Hooda said. “It will require a whole range of new modifications for the military to intercept and defuse these kinds of attacks.”

Muslim-majority Kashmir is divided between India and Pakistan, and the Himalayan region is claimed by both in its entirety. Rebels have been fighting against Indian rule since 1989. Most Muslim Kashmiris support the rebel goal that the territory be united either under Pakistani rule or as an independent country.

New Delhi deems Kashmir militancy to be Pakistan-sponsored terrorism. Pakistan denies the charge, and most Kashmiris call it a legitimate freedom struggle.

Both countries claim to have shot down spy drones in the parts of Kashmir under their respective control.

The air base in Jammu is also used as a civilian airport, and the Press Trust of India news agency quoted the airport’s director, Pravat Ranjan Beuria, as saying there was no disruption to civilian flights.

Indian authorities said forensic investigators were surveying the area, and were later joined by the country’s premier anti-terrorism agency, the National Investigating Agency.

Last week, India’s Prime Minister Narendra Modi held a crucial meeting with pro-India politicians from Kashmir for the first time since New Delhi stripped the region’s semi-autonomy and imposed a slew of administrative changes, which many likened to the beginning of settler colonialism.

Indian authorities in recent years have raised the possibility of drone attacks by rebels in the region, especially after repeatedly accusing Pakistan of using China-made drones along the frontier to drop weapons packages for militant groups since last year.

Tens of thousands of civilians, rebels and government forces have been killed in the conflict.

© Copyright 2021 Associated Press. All rights reserved. This material may not be published, broadcast, rewritten or redistributed.