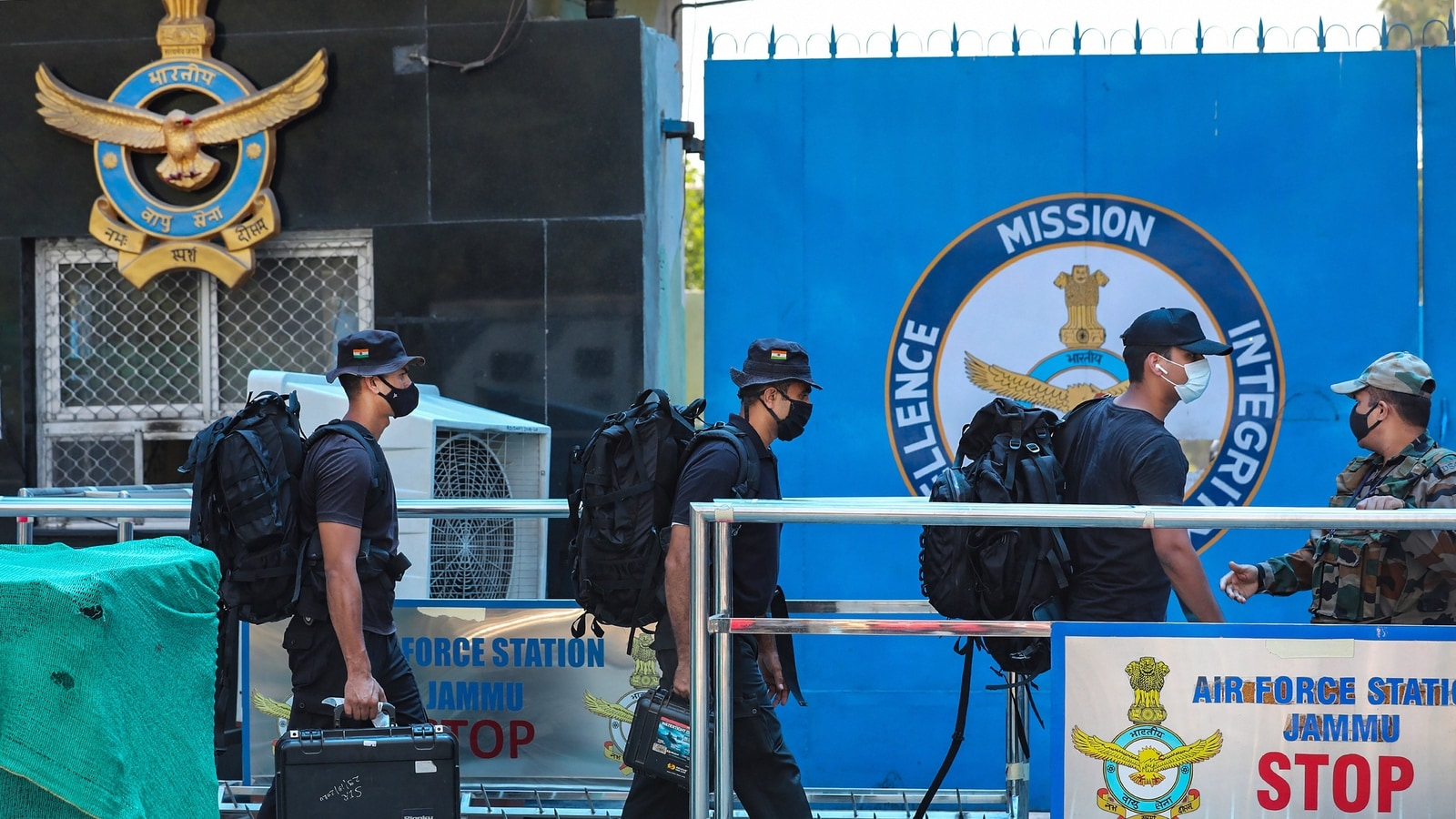 The Jammu air base was hit by two “low-intensity explosions” in the early hours of Sunday. The blasts took place in the span of five to six minutes and injured at least two personnel of the Indian Air Force (IAF), according to the police. The blasts have caused concern in security circles as they could mark the first time that drones have been used in an attack in India.

According to the police, two explosives-laden drones crashed into the station around 1.40 am on Sunday. The blasts took place within six minutes of each other. The first blast ripped off the roof of a single-storey building at the technical area of the airport manned by the IAF in Satwari area of the city. The second one was on the ground area behind the building.

No damage has been reported to be caused to any equipment. But it is being suspected that since the blasts took place in the technical area, helicopters kept at the building may have been the targets.

According to a report by news agency ANI, a shaped charge (explosive device) was used for the attack, the initial probe suggests.

So far, it is not clear where the drones took off for the air force station. The aerial distance from the Jammu airport to the international border is 14 km.

An investigation into the twin explosions was immediately launched and officials are exploring all possible angles to the incident including a “terror attack.” “The attack at the IAF station in Jammu is a terror attack,” Jammu and Kashmir police chief Dilbag Singh told PTI.

The J&K police, meanwhile, have registered a First Information Report (FIR) under the Unlawful Activities (Prevention) Act, as per the report by news agency ANI.

The Deputy Inspector General of Police (DIG) of the Central Reserve Police Force (CRPF) is also at the station for investigation. A team of National Investigation Agency (NIA) also arrived at the Air Force Station earlier in the day.

The authorities are also working to ascertain the flight path of the drones.

Earlier in the day, police arrested a person, suspected to have an association with Lashkar-e-Taiba, a United Nations-designated terrorist outfit, the director-general of police Dilbag Singh confirmed. He was taken into custody along with an improvised explosive device weighing around six kg, Singh said said.

The person was tasked with triggering the IED in a crowded place. “The suspect has been detained and is being interrogated. A major terror attack has been averted with this recovery. More suspects are likely to be picked up in this foiled IED blast attempt,” Singh also said.