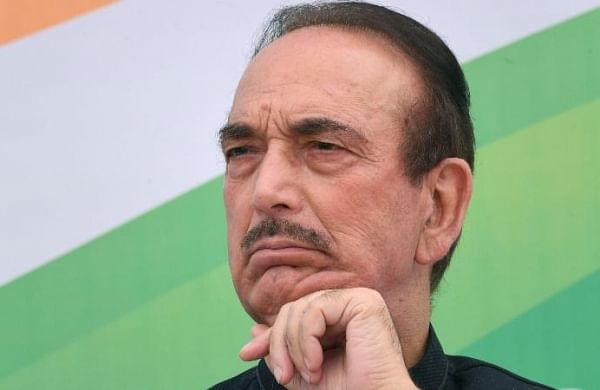 NEW DELHI: Senior Congress leader Ghulam Nabi Azad on Sunday expressed optimism that the Centre would not reject the demand of the mainstream political parties in Jammu and Kashmir for restoration of statehood before the polls, adding the union territory status of the erstwhile state was “not acceptable” to anyone.

Azad, who was part of a 14-member delegation from J and K that had a key meeting with Prime Minister Narendra Modi here on Thursday, said the dialogue process “was only a beginning” and now it was up to the Centre to build trust and confidence in the erstwhile state.

“One thing was there that everybody was asked to speak frankly. I think all the leaders spoke very frankly and the important thing is there was no ill will towards anyone,” Azad, a former chief minister, told PTI in an interview.

Azad, 72, said he had made it clear at the meeting that the union territory status of Jammu and Kashmir is not acceptable for which every political leader extended support.

Asked what are the chances that the Centre would agree to the statehood first demand, Azad, who was leader of the Opposition in Rajya Sabha, said he was optimistic, asserting “at least they have not said no”.

“And I think things have changed now. The amount of time the prime minister gave, the words he used that forget the past now. And the meeting gave a great opportunity to understand concerns and issues,” he added.

The meeting had lasted for nearly three-and-a-half hours.

“I think the way the prime minister spoke saying that forget the past and we have to bring peace and build new bridges of confidence between Delhi and Jammu and Kashmir is important.”

Azad said the prime minister made it clear that he would like the politics to be run by all those political parties who were present and that he would extend cooperation.

Nearly two years after the bifurcation of Jammu and Kashmir into two UTs and revocation of its special status, Prime Minister Modi held talks with top political leaders from the erstwhile state, and said the Centre’s priority is to strengthen grassroots democracy there for which delimitation has to happen quickly so that polls can be held.

Union Home Minister Amit Shah, who was also present at the meeting, had also tweeted to say the delimitation exercise and holding of peaceful elections in J and K are important milestones in restoring statehood as promised in Parliament.

To a question whether calling politicians from the erstwhile state for the meeting reflected a change of policy by the Centre, Azad said “to be very frank, I don’t know whether there was any policy because I did not come across any policy.”

He said removing special status, downgrading the state to union territory and taking away the security and houses of opposition leaders can’t be a policy.

“As such they(Centre) did not have any policy which is why the state suffered most…having no policy.”

Asked about the stand of the Congress party on revocation of Article 370 that granted special status to Jammu and Kashmir, he began by saying two things happened on August 5,2019 — downgrading the state and dividing it into two union territories of J and K and Ladakh and abrogation of Article 370.

And to a question about the prime minister’s assertion of reducing ‘Dil ki doori’ (distance of hearts), Azad said the Centre needs to take immediate steps.

“It will take time but they should initiate, he said, adding first and foremost the Centre should treat every political party on equal footing and restore security to all political leaders from whom it was taken away post August 5, 2019.”

The second would be to provide relief to business communities in Jammu as well as in Kashmir, he added.

Azad also made a strong pitch at the meeting for rehabilitation of Kashmiri pandits in the Valley and asked all political parties to step forward to ensure this objective.

“The major question is how to take Kashmiri pandits back to Valley and progress with other Muslim brothers and sisters. I made it clear that it is the moral duty of all political parties — not only the ruling party but also the opposition — take them and rehabilitate them in the Valley and the Centre should initiate the process for this and all political parties will support that,” he said.

Around 60,000 families of minority Kashmiri Pandits had to leave the Valley with the onset of militancy in 1990’s and migrate to places like Jammu, Delhi and other parts of the country.