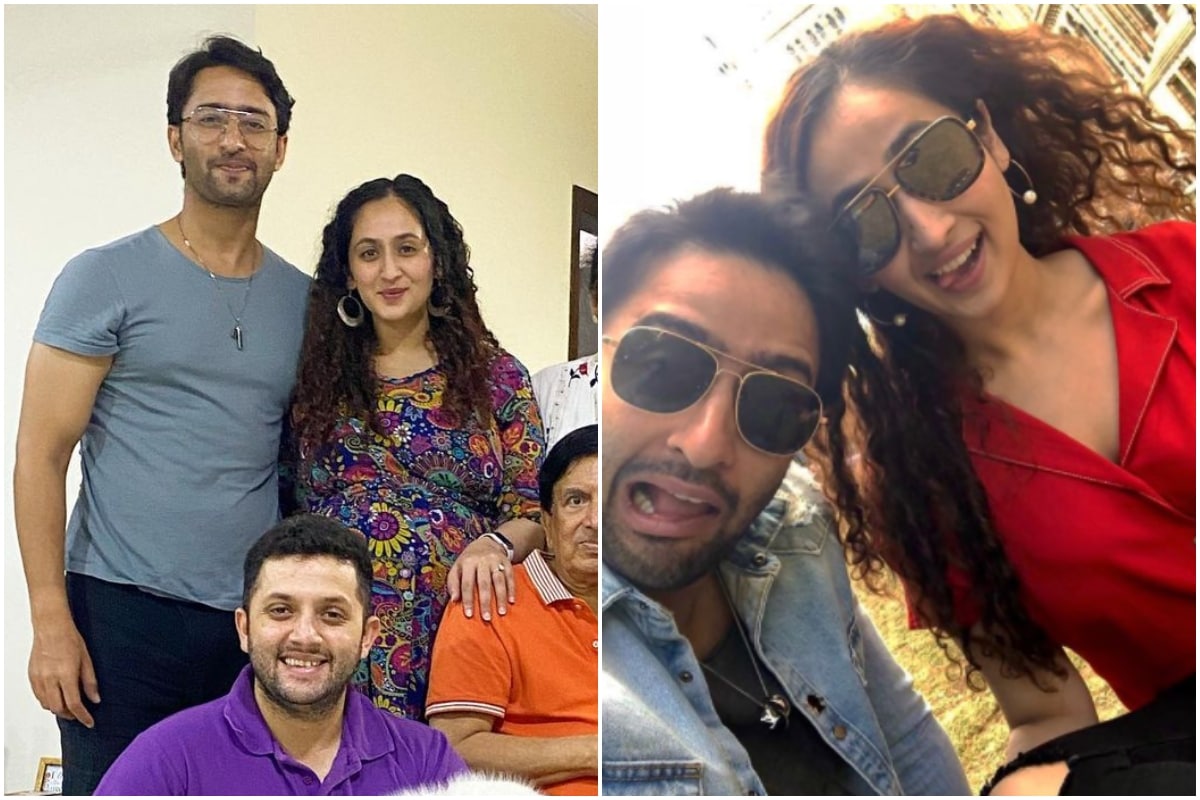 Shaheer Sheikh and Ruchikaa Kapoor are expecting their first baby. Although the news of Ruchikaa’s pregnancy had been leaked earlier, Shaheer had refrained from commenting or confirming the same. In an image shared on social media recently, Ruchikaa is seen flaunting her baby bump and her pregnancy glow is also visible. As a couple, Shaheer and Ruchikaa have always been private people, not sharing details of their engagement, marriage or pregnancy until the last moment.

We take a look at a timeline of their relationship.

What Shaheer said about Ruchikaa

Talking to an entertainment portal earlier, Shaheer had said that he and Ruchikaa were best friends over anything and that was the best part of their relationship, reported India Today. He also said that he was a wanderer and has finally found the right companion. Reportedly, Shaheer and Ruchikaa dated for a long time before taking the step of marriage. Their common friend, producer and Balaji owner Ekta Kapoor was the one who got them closer. Shaheer and Ruchikaa hug out at parties and started dating.

While Shaheer never really confirmed that he and Ruchikaa were dating, they kept sharing posts on social media that hinted they were together. From several pictures at the parties in which they posed together to calling Ruchikaa ‘my girl’, Shaheer gave subtle hints of romance with Ruchikaa every now and then.

Even while speculations floated about their relationship status, Shaheer, on November 4, announced that he is engaged to Ruchikaa.

As soon as they announced engagement, pictures surfaced on social media from Shaheer and Ruchikaa’s court marriage. Supriya Pilgaonkar, Shaheer’s co-star in Kuch Rang Pyaar Ke Aise Bhi, was one of the attendees and witnesses at the ceremony.

Shaheer and Ruchikaa took off for a vacation in Ladakh, Bhutan and Tibet after tying the knot. Their pictures were loved by the fans as they twinned in similar outfits during their stay in the scenic locations.

Shaheer and Ruchikaa wished each other on social media after six months of married life in April. They posed for a happy picture in each other’s arms.

In May, news surfaced that Ruchikaa is in the first trimester of her pregnancy period. However, Shaheer repeatedly refused to comment on it.

Shaheer, who has been busy with the shoot of Kuch Rang Pyaar Ke Aise Bhi: Nayi Kahaani, ahead of the launch on July 12, reunited with his family after a long shooting schedule outside Mumbai. In a picture that he shared online, his wife Ruchikaa’s pregnancy is confirmed and she is even seen flaunting the baby bump in a violet floral dress.