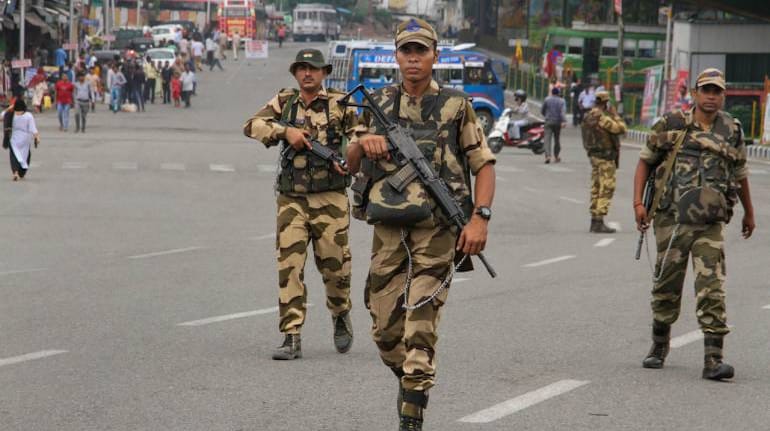 From one morning in November 2014, FedEx delivery vans began pulling up every few weeks outside a nondescript apartment in the Turkish city of Şanliurfa, nestled in the valley where humankind’s Neolithic ancestors had begun practising agriculture around 5,000 BCE. Inside the boxes were remote controls, programme pads, simulator software, antennae, camera pods,  micro-turbine engines: the products born of another great technological revolution.

An hour’s drive across the border, at the Islamic State caliphate’s headquarters in Raqqa, Bangladesh-born, Glamorgan-educated computer engineer Siful Haque Sujan was waiting to weld those parts together. His creation, the IED-carrying guided drone, has since transformed the threat terrorist groups can pose.

Early on Sunday morning, two 1.5 kilogram, pressure-activated explosive devices were dropped inside an Indian Air Force’s base in Jammu by just such a drone—missing a hangar were helicopters are parked by less than a dozen metres, possibly because of errors in the Global Positioning System coordinates fed to guide the drones.

Incoming drones are hard to detect

Although the Lashkar-e-Taiba has used small drones to transport arms and explosives across the Line of Control since at least 2018, this is the first time terrorists have conducted an actual attack using the technology pioneered by Sujan. Experts, Firstpost reported in 2019, have long expected it was only a matter of time before such a strike would take place. What they’re less certain about is just how the threat Sujan invented should be addressed.

Incoming small drones are hard to detect, and expensive to interdict. Perhaps more important, unlike Fidayeen suicide-squad operations from 26/11 to the Pathankot Air Force base attack and the strike on the 12 Brigade’s headquarters in Uri, they do not need Pakistani nationals to be directly used. This lowers the risk of exposure and international condemnation.

Although technological means exist to trace the drones’ route—especially if they were GPS-guided—it is entirely possible they were released by jihadists already on the Indian side of the Line of Control, adding a further layer of deniability for Pakistan.

In 2014, Sujan began sourcing drone components along with his brother Ataul Haq Sobuj and business partner Abdul Samad. The men used a network of front companies running from Pontypridd, in Wales, to Spain and the United States to purchase the components, and made payments through PayPal. Early versions of Sujan’s drones could only deliver hand-grenades, but their payload steadily increased.

The idea of using unmanned aerial platforms to deliver lethal ordnance had been around for generations. In the summer of 1849, the Austrian artillery officer Franz von Uchatius had sought to attack forces besieging Vienna using hot air balloons fitted with 15 kg. timed explosive charges. Winds, however, ruined the plan.

In 2003, the Federal Bureau of Investigations discovered Lahore-born Maryland resident Ali Asad Chandia, helped the Lashkar-e-Taiba purchase drones, night-vision equipment and wireless video-cameras for the Lashkar. Those drones, however, seem to have been intended for surveilling infiltration routes, not delivering ordnance.

From the accounts of experts, the costs are trivial. In 2016, former United States Air Force officer Mark Jacobsen “experimented with building the cheapest ‘insurgent’ drone I possibly could”. “The result required $4 of foam board, packing tape and hot glue, and about $250 in cheap Chinese components. It was ugly, but it could deliver two pounds [1kg.] at a range of six to 12 miles”. Jammu Airport, interestingly, is just 14km from the border.

Last year, when insurgents backed by Iran targeted Saudi oil facilities Abqaiq and Khurais, hitting a staggering 5 percent of global output, it became clear just how much could be achieved at minimal cost—and how powerless some of the most advanced air-defence technology in the world was against the new threat.

In December 2015, a Hellfire missile fired from a United States Predator military drone killed Sujan in a targeted strike in Raqqa. His brother, and several others involved in the attack, were arrested by police in the United States and United Kingdom. An authoritative study by scholar Don Rasler, has however shown it remained possible for the Islamic State to source components for its fleet from commercial sources worldwide.

Ever since 2015, anti-drone systems have come to be deployed by military forces in many parts of the world, including India. The technologies include radio-frequency jammers which can sever communications between drones and their handlers, as well as spoofed Global Positioning System signals, that fool guidance systems into believing they are in locations other than where they actually are.

Lasers and electromagnetic pulses fired from directed-energy weapons can destroy critical circuitry on drones; there are also less exotic weapons, like cannon firing slowly-descending nets in which the flying bombs become snarled.

The problem with these technologies is simple: their high cost, and the low cost of over-running these defences by swarms of incoming drones. There’s simply no tech-fix that can protect all of India’s 740-kilometre Line of Control, leave alone the 3,200-kilometre border with Pakistan, against drones. Inside Kashmir itself, there are hundreds of potential targets, from military convoys to force headquarters.

In most cases, Government sources told Network18, the drones are too small to be detected by military radar, designed to spot large, conventional aircraft and missiles. Flown high, and descending just short of their target, the drones cannot even be heard by ground troops; guards stationed around Jammu airport’s perimeter could not detect the incoming assault.

Faced with Islamic State strikes in 2015, the United States realised the only truly effective response was wiping out terrorist production units, and assassinating technology experts like Sujan.  Islamic State attacks were, in the final analysis, ended by depriving it of territory from which to launch them, not technology.

Implementing a similar strategy would necessarily mean strikes across the Line of Control—but that risks unravelling the ceasefire put in place earlier this month, after months of secret negotiations. Fighting on the LOC will increase pressures on the Indian Army, already stretched by its costly, grinding deployment against China in Ladakh.

New Delhi’s response will, in the short term, be guided by its conclusions on why the Jammu attack was staged. One plausible hypothesis is that Pakistan’s Inter-Services Intelligence has concluded last week’s bid to assassinate Lashkar-e-Taiba chief Hafiz Muhammad Saeed was sponsored by India’s Research and Analysis Wing.  Irrespective of whether this is the truth is not, the significant fact is that the ISI may believe it to be true.

The Jammu attack could, thus, be retaliation, intended to signal the ISI’s willingness to escalate violence should further Indian attacks take place inside Pakistan.

Alternately, the attack could—like 26/11 and Pathankot—have been initiated to sabotage the ongoing peace effort, which is opposed by hardliners in Pakistan.

Given the limited scale of damage and injury in Jammu, both these hypothesis give New Delhi reason to hold back a response—at least temporarily—and thus terminate this particular tit-for-tat cycle.

A third hypothesis, however, is that the ISI, through groups like the Lashkar-e-Taiba, intends to escalate violence in Jammu and Kashmir—a possible response to bring pressure to bear on India as it resumes a fledgling political process in the region. In this case, New Delhi would be left with little choice but to retaliate across the Line of Control, seeking to deter further, future attacks.

For India’s security establishment, then, Sunday’s attack isn’t only important for the hows but also the whys. The answer could lead to dangerous escalation on the Line of Control, and have profound implications for the fledgling peace process in Jammu and Kashmir. Source