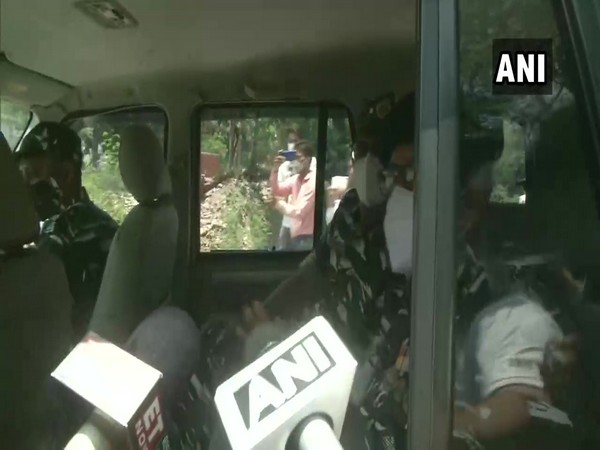 Jammu (Jammu and Kashmir) [India], June 27 (ANI): An FIR under the Unlawful Activities (Prevention) Act has been registered after two low-intensity explosions took place at the Jammu Air Force Station, the Jammu and Kashmir Police informed on Sunday.

As part of investigations, the Deputy Inspector General of Police (DIG) of the Central Reserve Police Force (CRPF) has arrived at the Station.
According to senior IAF officials, investigations are going on and Air Force Chief Air Chief Marshal RKS Bhadauria, who is in Bangladesh on an official invitation, is constantly monitoring the situation.
“Necessary instructions have been passed for probe into the incident. Western Air Commander Air Marshal VR Chaudhari is already on the ground,” officials said.
A team of National Investigation Agency (NIA) also arrived at the Air Force Station earlier in the day.
Initial inputs suggest that a shaped charge (explosive device) was used for the attack, sources informed.
The two explosions occurred at 1:27 am and 1:32 am on Sunday. The possible target of the drones was the aircraft parked in the dispersal area, sources said, adding that no major damage had been reported from the incident. Two personnel, however, suffered minor injuries.
According to the Indian Air Force (IAF), one of the blasts caused minor damage to the roof of a building, while the other exploded in an open area.
Defence Minister Rajnath Singh spoke to Vice Air Chief, Air Marshal HS Arora earlier today regarding the incident and informed that Air Marshal Vikram Singh would soon reach Jammu to take stock of the blasts.
Meanwhile, Jammu airport officials said that all flight operations are normal and 16 flights scheduled for the day departing to Delhi, Srinagar, Leh and Gwalior.
Only two flights G8 185 and SG 963 cancelled for the day due to operational reasons, they added. (ANI)