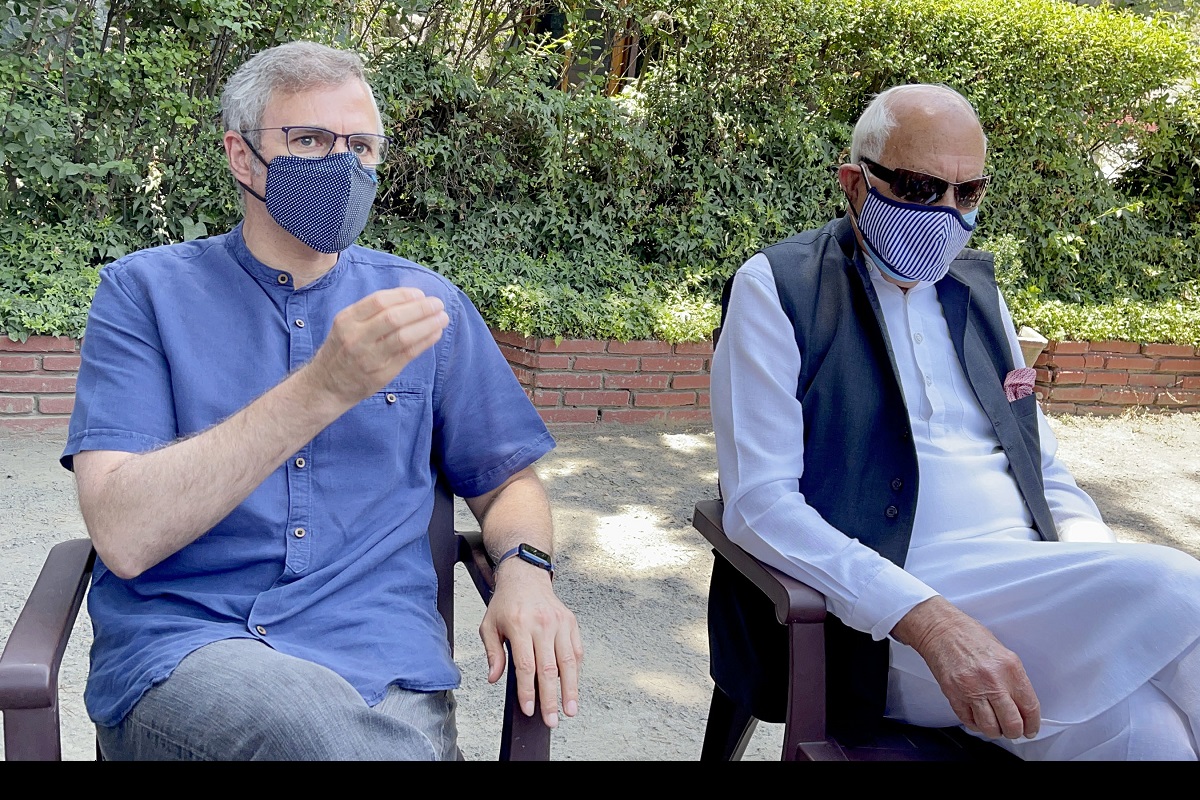 National Conference President and sitting MP Dr Farooq Abdullah on Saturday said that people need to wait to see if the central government headed by Prime Minister Narendra Modi takes concrete steps to remove the mistrust existing on the ground in Jammu and Kashmir.

Dr Abdullah and Omar Abdullah were talking to media persons in Srinagar after returning from New Delhi where they participated in the All Parties meeting of J&K leaders with Modi.

Dr Abdullah described the meeting as “satisfactory” and said there is a level of mistrust that has to be removed and it is for the government of India to decide how it removes it. “Let’s see what they do to remove that mistrust or will they continue with the same situation”.

Dr Abdullah said that he reminded them that the first Prime Minister Jawahar Lal Nehru promised us a plebiscite and went back on it. Thereafter, PV Narsimha Rao on the floor of the House promised us autonomy and said the sky is the limit. Where is it?”, he asked.

Former Chief Minister Omar Abdullah, who is Vice-President of the NC, said his party will keep pushing for delimitation first, statehood second and elections later. “Not delimitation- election-statehood” as was being proposed by the centre.

Referring to Congress leader Ghulam Nabi Azad’s remarks in the meeting with Modi, Omar said that even before the PM’s address, Azad expressed the view on behalf of all of us that the timeline of delimitation- election- statehood is not acceptable to us. The PAGD members made it clear that they don’t accept the decisions of 5 August 2019 when Article 370 was abrogated and J&K split into two UTs.

“We will continue to fight peacefully, constitutionally, legally and politically to undo what was done on 5 August. We don’t want to betray people. If we tell people that we are seeking reversal of 5 August decisions from Modi sahib, it would be a betrayal, he said. The struggle for restoration of J&K’s special status is a long one. It took BJP 70 years to fulfill their agenda of scrapping the status. If it takes 70 weeks or 70 months or whatever time it takes, we will not retract from our mission”.

Omar said that two leaders, Azad and Muzaffar Hussain Beig described the debate on Article 370 as sub-judice and therefore beyond discussion during the meeting with the PM. “When the BJP could on various forums talk about the Ram temple and Babri Masjid demolition despite it being before the court, why can’t we talk about Article 370? It is a subject of discussion and we will continue to agitate on the issue”.

He said it was unfortunate that the people of Kashmir were facing an unbridled bureaucracy. People are being harassed and arrested for questioning bureaucrats.

Omar said that Dr Abdullah has been authorized by the party to take the decision on participation in the meeting of the delimitation commission. Meanwhile, J&K Congress chief GA Mir, who also attended the meeting with PM, said that the ball now is in the court of the centre. The Congress placed the aspirations of the people before the PM.