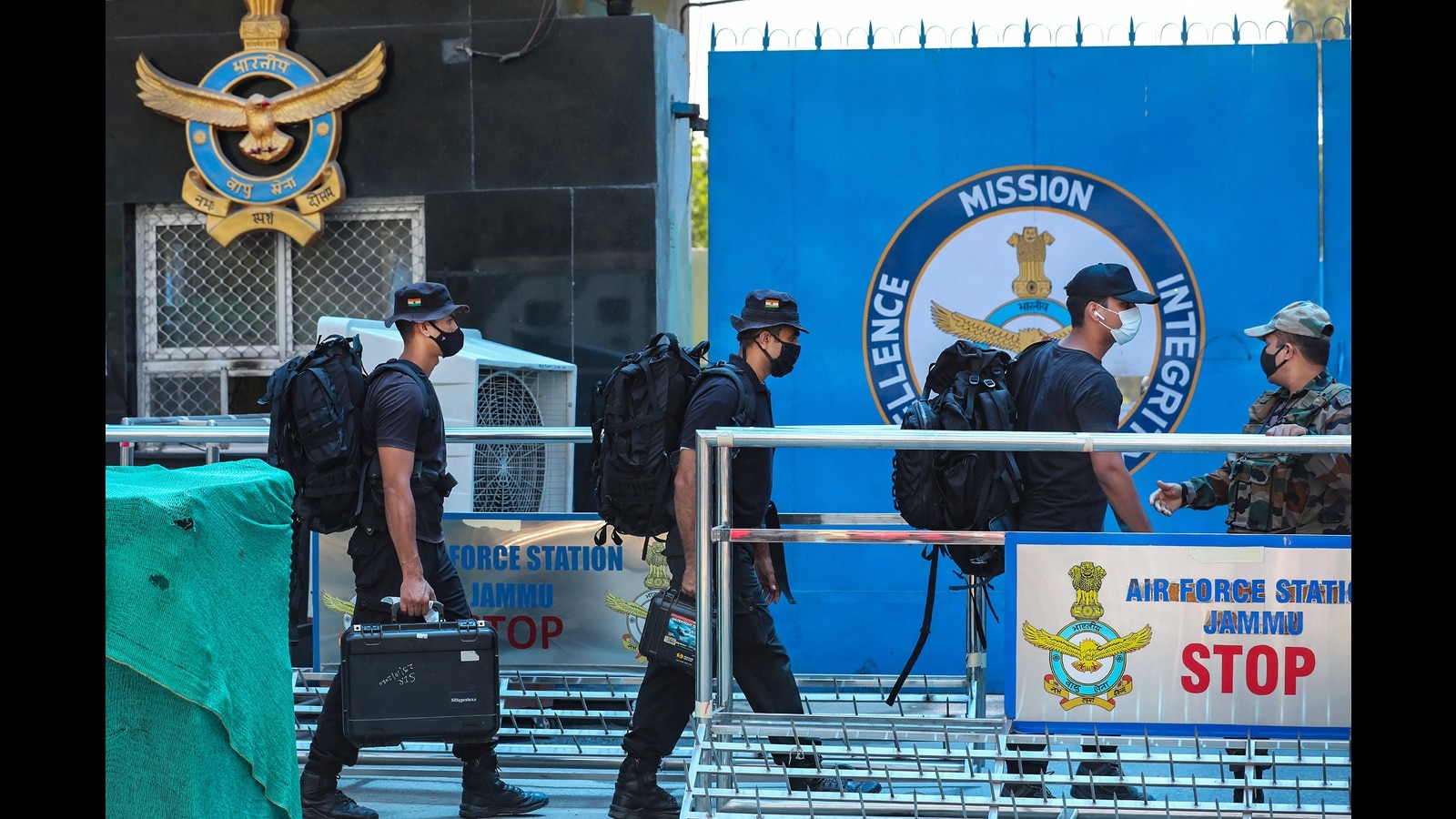 Two explosives-laden drones crashed into the Indian Air Force (IAF) station at Jammu airport in the early hours of Sunday.

Two IAF personnel were injured during the blasts that took place within five minutes of each other at the airport, which is used for VVIP movements and armed forces’ strategic operations. The first blast at 1.37am ripped off the roof of a single-storey building at the technical area of the airport manned by the IAF in Satwari area of the city. The second one at 1.42am was on the ground.

Jammu and Kashmir director general of police (DGP) Dilbag Singh termed the twin explosions at the high-security air force base a terror attack. He said the police and other agencies were working together with IAF officials to unravel the plan behind the attack.

An FIR has been registered under the Unlawful Activities (Prevention) Act and the case has been taken over by the National Investigation Agency (NIA).

Investigators scanned CCTV footage, including from cameras installed on the boundary walls of the airport, in an effort to determine from where the drones came. However, all the CCTV cameras focused on the roadside, officials said. Drones cannot be detected by radars deployed at border areas to monitor enemy activity, they said, suggesting that a different radar system that can detect drones as small as a bird be installed.

Earlier in the day, IAF officials said the blasts were being thoroughly probed by a high-level IAF investigation team, which was joined by a team of the NIA. The Western Command Air chief had also reached the site.

There have been several incidents of Pakistan using drones in border areas of Jammu and Kashmir to drop arms, ammunition, weapons, drugs and Hawala money to fuel terrorism in the region. The incident comes at a time when defence minister Rajnath Singh is at Leh in Ladakh to take stock of the security scenario.

Terrorist with IED nabbed in Jammu

While officials were investigating the drone attack, another major strike was averted when a person, probably owing allegiance to the banned Lashker-e-Taiba, was arrested along with an improvised explosive device weighing around six kg, the director general of police said. The person was tasked with triggering the IED in a crowded place. “The suspect has been detained and is being interrogated. More suspects are likely to be picked up in this foiled IED blast attempt,” the DGP said.