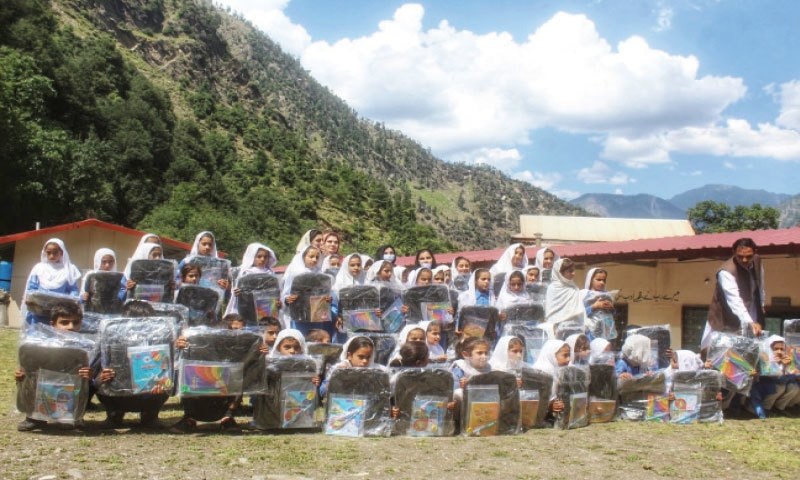 MUZAFFARABAD: A seven-member team of leading health practitioners from neighbouring Khyber Pakhtunkhwa, assisted by 10 medics, participated in a free medical camp in Neelum valley on Sunday and examined around 1,000 patients from different age groups.

The camp was established in the Basic Health Unit (BHU) of Bata village, under an initiative taken by Azad Jammu and Kashmir Inspector General of Police (IGP) Dr Sohail Habib Tajik – a medical graduate from Khyber Medical University, Peshawar.

Speaking to reporters on the occasion, Mr Tajik said the AJK police were not only carrying out their responsibilities to maintain law and order but also providing social services to marginalised segments of society.

He said he had requested his friends in the medical fraternity to spare a day for the people of Neelum valley, who could not reach out to leading health practitioners in downstream areas.

He added that he was pleased that his request was granted and was hopeful that a similar camp will be established in Sharda village in August. All patients were also given free medicines with the fiscal assistance of the state-run Bank of AJK.

Mr Tajik thanked the bank for not only contributing towards medicines but also for providing refreshments for patients.

The IGP also praised District Police Chief Sajid Imran and District Health Officer Dr Ghulam Nabi for facilitating the camp. Medical Specialist Prof Dr Bakht Buland, who led the medical team, said they were also happy to offer their services to the people of one of the most beautiful areas of the country.

Arif Hussain, an elderly person who had an eye problem for quite some time, said he was glad to have been examined by a noted eye-specialist at his doorstep.

Similarly, a young girl who did not want to share her name, said she had not only gotten a free prescription but also free medicines for her skin problem from a female dermatologist.

“Otherwise, I would have had to travel to Muzaffarabad or beyond for treatment of this ailment,” she said.

Meanwhile, the visiting doctors also gifted school bags along with stationery items to 250 boys and girls in District Headquarters (DHQ) hospital Athmuqam and neighbouring villages of Jura and Lesva. The recipients were selected by local police.

At a ceremony in Lesva, IGP Tajik said the children, he and his friends had interacted with were erudite students who needed resources to excel in their studies.

Prof Dr Buland announced on the occasion that they would continue to offer educational sponsorships to deserving students. “We will also try to ensure that intelligent students of higher classes get scholarships to accomplish their studies,” he said.

Jubilant students offered thanks to the visitors and also posed with them for photographs while displaying their gifts.