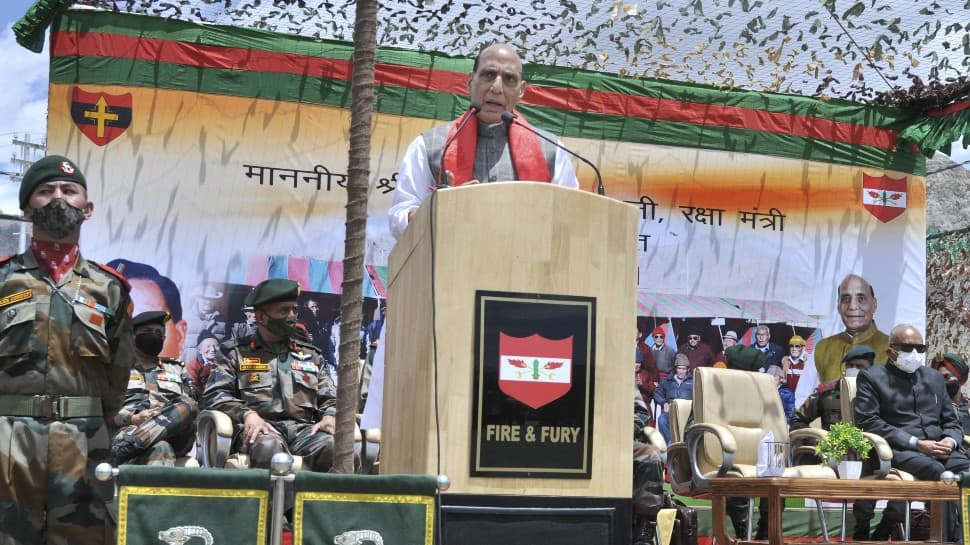 Leh: Defence Minister Rajnath Singh on his visit to Ladakh will take stock of the situation at the Line of actual control (LAC) and will inaugurate a new bridge made by the BRO on Monday, June 28.

This will be the main programme of the Defence Minister’s visit and will begin at 8 am.

On Saturday, Defence Minister Rajnath Singh was briefed about the security situation along the Line of Actual Control (LAC) with China in Eastern Ladakh on Sunday (June 27) by the senior officials of Army’s Northern Command.

Earlier in the day, the Defence Minister met Army veterans in Leh.

Addressing them on the first of his three-day trip, the Defence Minister said, “Our Prime Minister Narendra Modi fulfilled the commitment given to the Armed Forces veterans by providing for one rank one pension.”

During his visit, Singh is scheduled to inaugurate infrastructural projects constructed by the Border Roads Organisation (BRO), and will also interact with troops deployed in the region.

Meanwhile, earlier this week, India and China had decided to maintain “stability on the ground and prevent any untoward incident” in the border area in eastern Ladakh at the 22nd meeting of the Working Mechanism for Consultation and Coordination on India-China Border Affairs (WMCC) held on Friday.