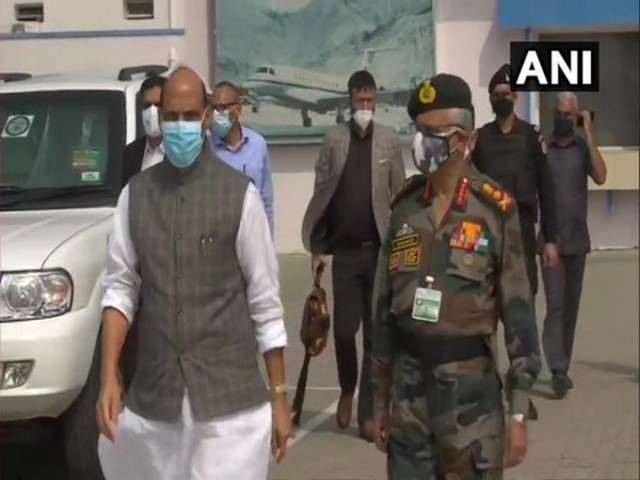 Singh tweeted while he was leaving on Sunday for a three-day visit to Ladakh, “Leaving New Delhi for Ladakh. During my visit, I shall be interacting with the troops and attending the inaugural function of several infrastructure projects constructed by Border Roads Organization (BRO).”

During my visit, I shall be interacting with the troops and attending the inaugural function of several infrastructure projects constructed by Border Roads Organisation (BRO). Looking forward to it.

Defence Minister Rajnath Singh on a three-day visit to Ladakh

• On June 27, 2021, Defence Minister Rajnath Singh set out on a three-day visit to Ladakh. He is being accompanied by Army Chief General MM Naravane.

Singh on a two-day visit to Karnataka and Kerala

• On June 24, 2021, Singh had set out on a two-day visit to Karwar in Karnataka and Kochi in Kerala for two days to review ongoing projects.

• At Karwar, he proposed the Karwar Naval base to be built as Asia’s biggest Naval base, and in Kochi, he reviewed the construction of Indigenous Aircraft Carrier (IAC).

What is Border Roads Organisation (BRO)?

• The Border Roads Organisation, India’s transnational construction organization formed on May 07, 1960, began working under the Ministry of Defence in 2015.

• BRO India’s primary role is to develop and maintain the road networks in the north and northeast areas near the border.

• One of the biggest infrastructural achievements of BRO India is the 8.8 km-long Atal Tunnel in Himachal Pradesh at an altitude of 3,000 km.