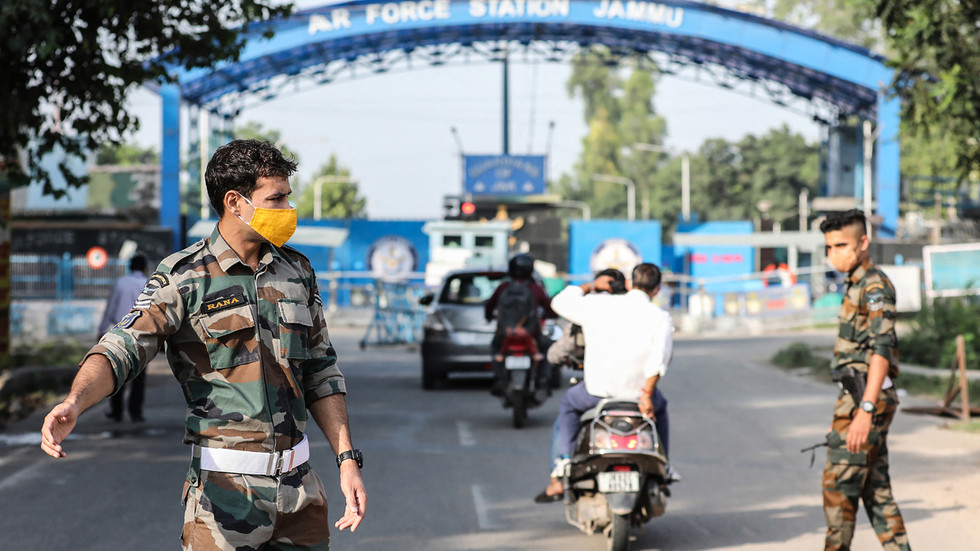 Two “low intensity” explosions have rocked an Indian Air Force station in Jammu, causing minor damage to its buildings. Armed drones were apparently used in the attack, according to an early assessment of the incident.

The overnight strike was confirmed by the Indian Air Force early on Sunday. The military said the attack did not inflict any damage to any sensitive hardware stationed at the supposedly high-security installation.

“Two low intensity explosions were reported early Sunday morning in the technical area of Jammu Air Force Station. One caused minor damage to the roof of a building while the other exploded in an open area,” the military said.

The attack itself occurred overnight, with two consecutive blasts rocking the air station early in the morning. Imagery circulating online purports to show the damage at the site, with a hole in the roof of one building and its interior battered with shrapnel.

Pictures from Ground Zero from Jammu IAF Station. Explosion blew the hole in the roof of the barrack, fortunately no one was severely hurt. – Such explosion near hangar/equipments would’ve cost massive loss to the nation. pic.twitter.com/5iZFgmmmEx

According to local media reports, police have already detained two suspects, whose identities or motives have not been disclosed. Two servicemen sustained minor injuries during the attack, but did not require hospitalization.

An early assessment of the incident indicates the attack was performed using small drones, armed with improvised explosive devices. The drones are believed to have been operated from a site in the immediate vicinity of the military installation.

Jammu and Kashmir Director General of Police Dilbagh Singh said that a first information report (FIR) had been registered and an investigation is ongoing. He added that “use of drones with payload” is suspected in relation to both blasts.

The Muslim-majority Himalayan region of Jammu and Kashmir has been a constant source of trouble for the Indian government for decades, with various separatist militants waging low-intensity warfare against New Delhi’s rule.

The Indian-controlled territory is part of the larger historical region of Kashmir, which is contested by the country with its neighbor and arch-enemy Pakistan. The territorial dispute has resulted in multiple armed conflicts between the two nations since they gained independence from the British Empire. The most recent major escalation between Pakistan and India occurred back in early 2019, prompted by a bloody terrorist attack on India’s paramilitary police by a Pakistani-based militant group.