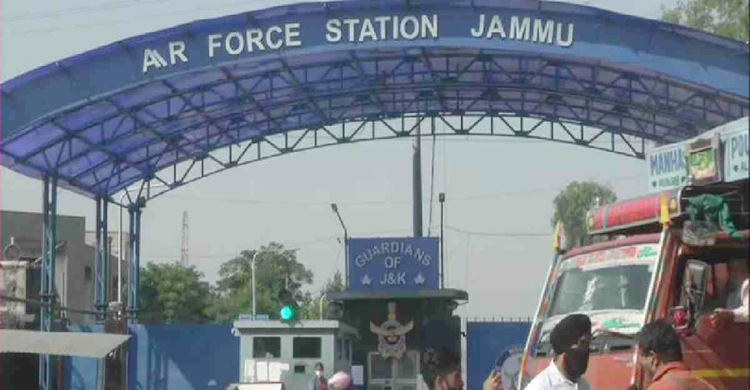 The Indian Air Force (IAF) is investigating what could be the first ever drone attack on any Indian military facility after two explosions at the Jammu Air Force station in the early hours of Sunday, reports NDTV.

Two IAF personnel suffered minor injuries in the blasts that took place a little before 2 AM, within five minutes of each other.

National Bomb Data Centre experts, forensic teams and the Jammu and Kashmir police rushed to the high security airport after the explosions. One of the blasts caused damage to the roof of a building in the technical section while another bomb exploded in an open area.

Top military sources say this is being treated as a serious incident. A National Investigation Agency team is also at the airport, which is around 16 km from the border with Pakistan.

The Jammu airport in the city’s Satwari area is a dual use facility are under the IAF control and is also used to operate passenger flights.

News agency ANI quoted sources as saying that the possible target of the drones was an aircraft parked in the dispersal area.

The incident took place hours before the Defence Minister and Army Chief General MM Naravane began a three-day visit to Ladakh to review India’s operational readiness and to interact with the troops in the backdrop of a drawn-out standoff with China.

There have been reports over the past two years of Pakistan using drones to drop weapons across the border.

In June 20 last year, the Border Security Force (BSF) shot down a suspected spy drone in the Kathua district of Jammu.

In September, the Jammu and Kashmir police found weapons dropped from drones at a village in Akhnoor, also in Jammu.