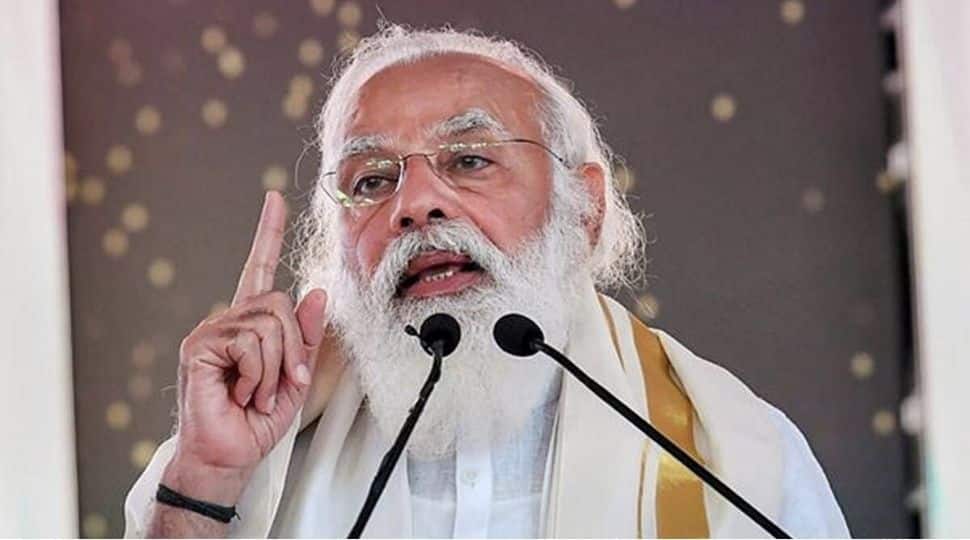 New Delhi: With the all-party meeting on J&K done and dusted, the impending Cabinet reshuffle has once again gathered pace. As many as 27 probable, including heavyweights Jyotiraditya Scindia, Sushil Modi, Sarbananda Sonowal, Narayan Rane and Bhupender Yadav could be part of the massive reshuffle of the Union Cabinet reportedly imminent.

The new ministers in the Narendra Modi government, who are likely to be sworn in include former Congress heavyweight from Madhya Pradesh, Scindia, who is now in the BJP; former Bihar Deputy Chief Minister Sushil Modi; senior BJP organisational heavyweights party general secretary, Bhupender Yadav from Rajasthan and Kailash Vijayvargiya, from Madhya Pradesh, who was in charge of the BJP campaign in West Bengal. BJP spokesperson and minority face Syed Zafar Islam is also tipped for a central government role.

From Uttar Pradesh which is headed for `make or break` elections for the BJP next year, BJP UP chief Swatantra Dev Singh, a certainty; Pankaj Chaudhary, MP from Maharajganj, Varun Gandhi, and alliance partner, Anupriya Patel are among the probables.

There is a sizeable contingent from Rajasthan, including former Union Minister in Modi government P.P. Choudhry, youngest MP from Rajasthan hailing from Churu, Rahul Kaswan and Sikar MP Sumedhanand Saraswati.

The lone entrant from Delhi will be New Delhi MP Meenakshi Lekhi.

Amid the significant churn in Bihar, Pasupati Paras who rebelled against Chirag Paswan is likely getting a central berth from LJP, as are JDU nominations R.C.P. Singh and Santosh Kumar.

From Haryana, Sirsa MP Sunita Duggal, a former Income Tax officer is also among the probables. Ladakh MP Jamyang Tsering Namgyal who impressed with his Parliament speech is also being considered.

The reshuffle is being necessitated by some vacancies caused due to untimely deaths like Ram Vilas Paswan and Suresh Angadi and exits of Akali Dal and Shiv Sena.

Many ministers are saddled with multiple portfolios due the deaths and exits. Upcoming elections in UP are a factor in the reshuffle and also the need to add some heft to government with the entry of Bhupender Yadav, a strong organisational face.