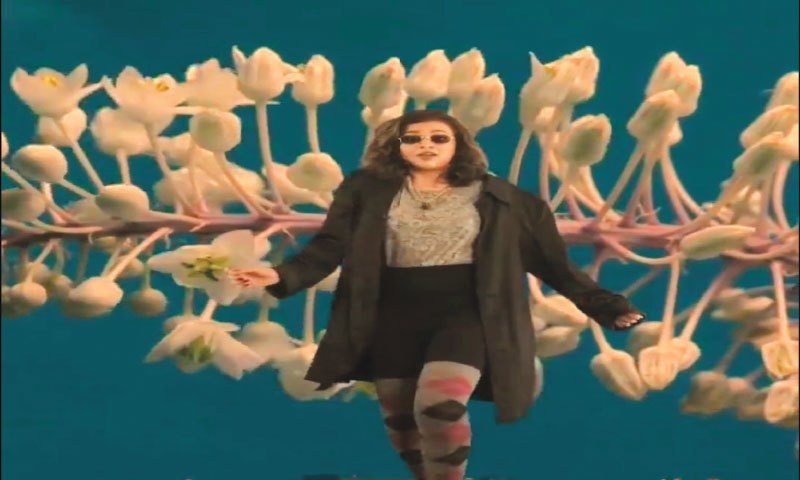 Hasan Raheem seems to be the current flavour of the ‘moment’ Pakistan’s pop music industry is having right now — at least on the internet. One of the artists featured on the banner of Spotify’s independent and trending music category for Pakistan, the doctor-in-training from Gilgit has been doing concerts in both Karachi and his native region of Gilgit-Baltistan.

Videos released online from attendees show small but packed events with the audience singing along with him on his songs, word-for-word. He looks both thrilled and overwhelmed. You can tell that, while he’s having a wonderful time, it’s plainly evident he still needs to put in a lot of work on his live act for it to run smoothly.

His latest song, Aarzu, is a sweet, intimate, coy number in which he’s singing almost like he’s vocalising the song to himself, which has kind of become his signature. Musically simple, the pop song is set on a slow recurring electronic beat designed to somewhat slow the tempo of the song. In just under three minutes, the song is about him confessing to the listener about how much he’s in love and yet unable to find the words to express this sentiment directly to the object of his affection.

Instead of a full chorus, he simply stretches the word ‘Aarzu’ until the ‘ooo’ sound at the end becomes a tiny chorus unto itself — modern song writing, pffft. It’s not Hasan Raheem at his best, but it’s definitely listenable. My concern is that if he continues to remain within his comfort zone and release his own ‘same old’ sound, he’ll end up where Shamoon Ismail is right now… once a fresh, engaging, exciting new sound, now just predictable.

In another one of his more recent releases, Darr, he collaborates with an artist titled as RFB, an abbreviation for Risham Faiza Butt. The latter is also a stand-up comedian and the way she presents herself in the video gives her an uncanny resemblance to a younger Helena Bonham Carter. The resemblance is gone the moment she takes her shades off though.

Darr, about being fearlessly in love, has Hasan borrowing a few lyrics from his older songs here and there. Set to a Spanish-influenced guitar playing, Darr has RFB start off the song almost in a somewhat sleazy, low hum, as she almost breathes the lyrics into the microphone in a creepy way that’s almost comical at times, before Hasan picks up the mood with his section. Darr is a light-hearted fun song about finding courage in love. Both in the video and the audio, it’s clearly two friends having fun together; neither can expect to win awards or change the face of music through this one.

Darr is a good experiment, though perhaps not a memorable one. For me, personally, Hasan Raheem’s top tracks currently still stand at Aisa Kaisa and Paisa. Here’s hoping he’s able to break out of the musical rut he almost seems to be trapping himself in.