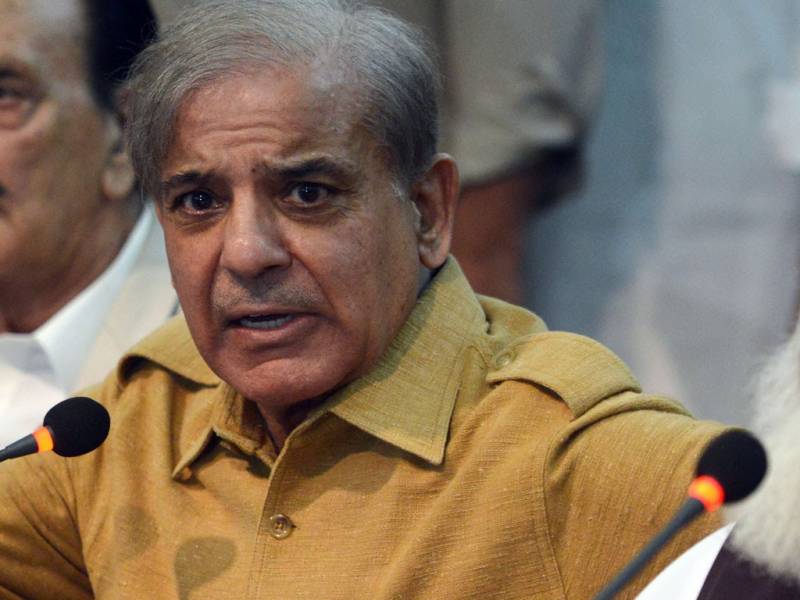 LAHORE: In a series of tweets Leader of the Opposition in the National Assembly Shahbaz Sharif on Saturday proposed a formula for the representation of overseas Pakistanis in Parliament.

The PML-N chief, suggested reserving 5-7 seats in the National Assembly and 2 seats in the Senate so that the representatives can effectively raise the problems faced by the expats.

The PML-N received criticism from the ruling party over their opposition to the PTI’s electoral reforms bill through which the overseas Pakistanis are given online voting rights.

Shahbaz said during elections, expats can come to the country and cast votes at the polling stations mentioned in the voter lists.

“The modalities and conditions of representation on these reserved seats can be decided by all the political parties in the Parliament and the required legislation can be enacted with their consensus,” Shahbaz said.

In this way, Pakistanis abroad can get guaranteed representation in parliament, he said, adding that along the same lines, seats may be allotted in the Azad Jammu and Kashmir Assembly to represent overseas Pakistanis.

The PML-N supports the right to vote for Pakistanis abroad under a democratic approach and principles, he said.

“We want an immediate, fair, and just solution to all the problems of the overseas community that they face vis-à-vis Pakistan,” he added.

ECP raises concerns over clauses in the electoral reforms bill:

The Election Commission of Pakistan (ECP) has expressed its reservations over changes in several clauses, including constituencies and electoral rolls in the Election reforms bill passed by the PTI government.

In a letter to the parliamentary affairs secretary on June 17, the commission has requested that the matter be brought to the notice of Prime Minister Imran Khan before introducing the bill in the Senate.

It opposed the inclusion of the word “open ballot” that replaced “secret ballot”.

The ECP said that the inclusion of the word “open ballot” was in violation of Article 226 of the Constitution.

“The Supreme Court has given a clear opinion in this regard in the case related to the presidential reference,” the letter read.

The commission said electronic voting machines (EVMs) required a thorough debate in parliament. It added that there were many issues with the EVMs that remain unaddressed and therefore the ECP could not guarantee that their use would help in holding free and fair elections.

It also raised objections to the right of vote for overseas Pakistanis.

The ECP expressed concerns on the amendments that would take powers away from the commission and hand them over to the National Database and Registration Authority (NADRA).

Earlier this month, the National Assembly’s Standing Committee on Parliamentary Affairs had green-lighted the government’s electoral reforms bill with a majority vote.

The five amendments to the Election Act that have been approved include holding Senate elections through open ballot, granting right to vote as well as conditionally contest polls in the country to overseas Pakistanis and issuance of lists of candidates for reserved seats for women and members of religious minorities within three days.

Declaring a National Assembly, Senate or local government seat vacant if the successful candidate does not take oath within 60 days of the polls and demarcation on the basis of voters instead if population were also given the nod.

It was earlier reported a day earlier that PML-N President Shehbaz Sharif would write a letter to the ECP seeking a briefing on the government’s attempts “to encroach upon the commission’s legal domain under the disguise of electoral reforms bill” and its legal implications.

They added that a strategy had already been devised to intercept the bill in the Senate; however, it was important for all the political parties to know about the implications of this bill.

Last week the Pakistan Democratic Movement (PDM) has rejected the use of electronic voting machines (EVMs) in elections, and decided to launch a fresh phase of protests to send the government packing.

PDM Chief Maulana Fazlur Rehman while addressing a press conference said the PDM constituent parties with consensus have rejected the government’s suggestion of holding next elections through electronic voting machines (EVMs). “ECP [Election Commission of Pakistan] which is the poll supervisory body should summon a meeting of all political parties and formulate a joint plan on election reforms,” he added.

The meeting termed EVMs a plot of pre-poll rigging, said the PDM chief, adding that the opposition alliance has also rejected the presidential ordinance issued in this connection.