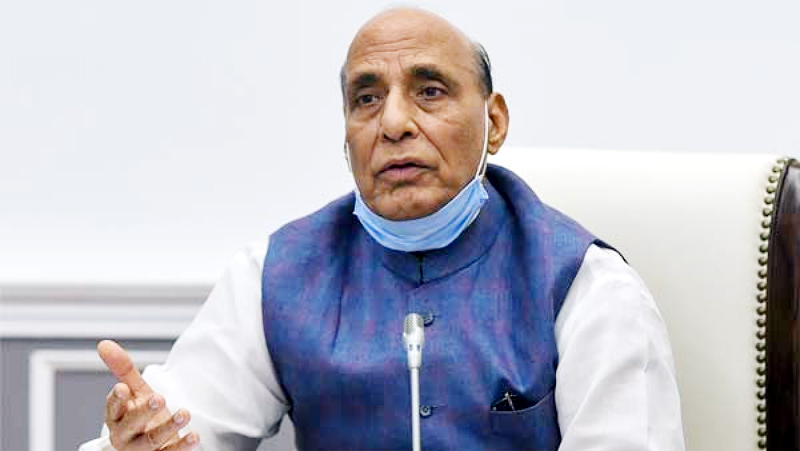 Excelsior Correspondent
JAMMU, June 26: Defence Minister Rajnath Singh is embarking on a three-day visit to Ladakh from tomorrow during which he will visit Eastern Ladakh, inaugurate a vital bridge constructed by the Border Roads Organization (BRO), meet officials of the Union Territory administration and elected representatives of Leh and Kargil districts and address around 300 ex-servicemen.
He will be accompanied by Army chief Gen M M Naravane.
On June 28, Rajnath will dedicate to the Nation ‘Kyungam Bridge’ constructed by the Border Roads Organization.
The inauguration ceremony will be joined by Lieutenant Governor of Ladakh Radha Krishna Mathur, Chief Executive Councilor (CEC) Ladakh Autonomous Hill Development Council (LAHDC) Leh Tashi Gyalson and Jamyang Tsering Namgayal, BJP Lok Sabha member from Ladakh among others.
The bridge is quite vital for road connectivity point of view, sources said.
Tomorrow, the Defence Minister will address nearly 300 ex-servicemen from Ladakh including Zanskar, Kargil, Nubra, Changthang etc at Rinchen Auditorium Hall at Leh.
The ex-servicemen will submit memorandum to Rajnath Singh listing their demands including commission of Sainik School in Leh and raising of an extra battalion in Ladakh Scouts among others.
The memorandum has been signed by Sonam Murup, Honorary Captain and president Ex-servicemen League Ladakh.
During his three-day visit, the Defence Minister will have separate meetings with officials of the Union Territory administration and elected representatives of Leh and Kargil districts to review functioning of the Union Territory.
Rajnath will carry out a comprehensive review of India’s operational readiness amid a stalemate with China on the next stage of disengagement at several friction points in eastern Ladakh, official sources said.
Sources said the Defence Minister will visit various key formations and high-altitude bases in Eastern Ladakh to assess the ground situation as well as to boost the morale of the troops guarding the Line of Actual Control in a hostile environment.
The Defence Minister will be given a detailed briefing about the overall situation in eastern Ladakh at the Leh-based headquarters of the 14 Corps of the Army which is tasked to guard the LAC in the Ladakh sector, sources said.
It will be Singh’s first visit to Eastern Ladakh after the Indian and Chinese militaries pulled back troops, tanks, infantry and other equipment from the Pangong lake areas in February as part of an agreement.
The disengagement process in the remaining friction points including Hot Springs, Gogra and Depsang is deadlocked as China is reluctant to withdraw its troops from these areas.
Sources said the Defence Minister will also visit certain forward areas to take stock of the implementation of a number of key infrastructure projects.