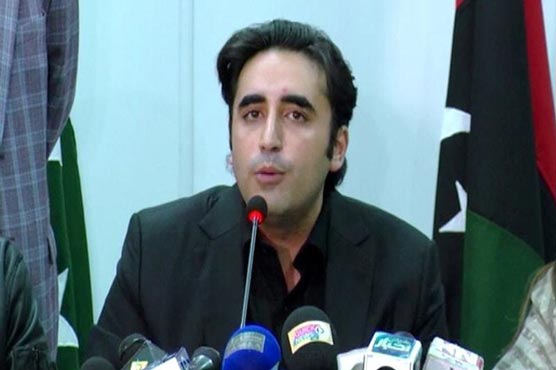 PPP was formed on issue of Kashmir: Bilawal

He said the people who use to say that PPP is finished they should come here and see the fervour and zeal of the people of Kotli. The PPP is still the most vibrant force from Karachi to Kashmir.

Bilawal said the PPP’s policy about Kashmir is that the people of Kashmir will decide their own future. Shaheed Zulfikar Ali Bhutto’s slogan was that self-determination of Kashmiris’ is the only slogan for Kashmiris. Qaud-e-Awam used to say that he cannot err on Kashmir even in his sleep but whenever this puppet selected Prime Minister talks about Kashmir in the Parliament, he always commit a mistake.

Chairman PPP said this government is trying to impose taxes on your energy projects. This government engulfed people in extreme difficulties. Neither Afghanistan nor India or Bangladesh have the inflation as much we have. The change Imran Khan has brought is poverty, inflation and unemployment.