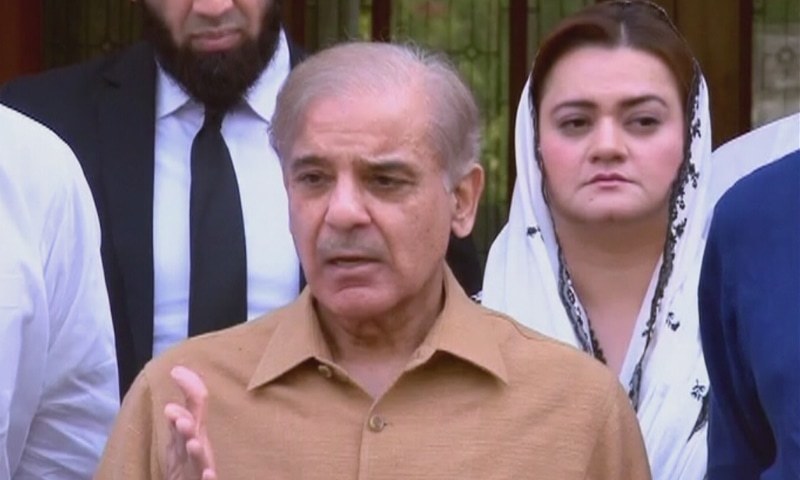 ISLAMABAD: Suggesting a formula to give right of representation to expatriates, Leader of the Opposition in the National Assembly Shehbaz Sharif has observed that overseas Pakistanis should come to the country to cast their votes during elections.

In a statement issued on Satur­day, the Pakistan Muslim League-Nawaz (PML-N) president proposed allocation of reserved seats in the two houses of the bicameral parliament for the overseas Pakistanis. This way, he said, the elected representatives of the Pakistanis living abroad would be able to raise their issues in parliament.

The modalities could be decided by all political parties through consensus, he said, adding that the required relevant legislation in this regard would also be possible with all parties on board.

He explained how the same formula of representation works in the Azad Jammu and Kashmir (AJK) legislature. He said the PML-N endorsed the overseas Pakistanis’ right to vote in line with the principles of democratic ideals and principles. He said they had every right to register and cast their ballot in Pakistan during elections.

The PML-N president said eight million overseas Pakis­tanis were a precious asset and pride of the country. They were the nation’s strength, as they were contributing to the country’s progress and development, he added.

Mr Sharif claimed that his party wanted that all issues concerning the community, including land grabbing, must be addressed promptly, legally and justly as a top priority. He said he respected their right to vote and expressed enthusiasm over discussing and sorting out all issues of concern whenever they would visit Pakistan.

He said the PML-N had always valued and encouraged the overseas Pakistanis not just in words but through practical actions. In this regard, he mentioned the PML-N government achievements including major reforms in Overseas Pakistanis Foundation at the federal level, establishment of Overseas Commission in Punjab that created 36 role model programmes in 36 districts. All those steps were aimed at providing immediate and effective solution to any and every problem faced by the community, he explained.

Mr Sharif assured the overseas Pakistanis of PML-N’s complete support for their representation in the parliament and said it would never disappoint them.