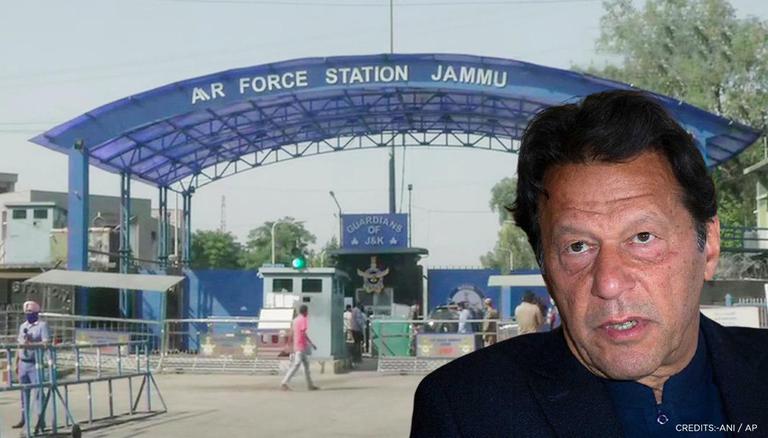 With two low-intensity explosions near the technical area of the Jammu Air Force station, Pakistan has yet again provoked India on Sunday targetting strategic Air Force assets. While the Air Force has stated that only minor damage to the roof of a building was caused, questions arise if the AIr Force Chopper Hangar was Pakistan’s target as the base was within 10 meters of drone attack. This provocation amid an ongoing Indo-Pak ceasefire may have escalated to ‘Act of War’, had strategic Air Force assets been damaged.

What was the target of the drone attacks?

On June 27, multiple blasts occurred in the premises of the technical area of the Jammu airbase, which were later confirmed to be drone attacks. Two blasts were heard within a gap of 5 minutes, the first blast sound is captured in the CCTV at 1.37 am while the second at 1.43 am. A team of Jammu and Kashmir police along with other security agencies and forensic experts rushed to the incident spot to further investigate the cause of the blast. Two Indian Air Force (IAF) personnel have suffered minor injuries in the drone explosions.

As per the latest sources, a high-level investigation team of the Indian Air Force (IAF) has been dispatched to Jammu. Moreover, IAF stations in Pathankot, Punjab and Awantipur, Srinagar have been put on high alert. Sources state that the possible target of the drones was the aircraft parked in the dispersal area, ten meters away. The blast comes three days after Prime Minister Narendra Modi held a high-level meeting with J&K’s political parties and the Gupkar alliance, the first since the abrogation of Article 370.

Moreover, Defence Minister Rajnath Singh, who is on a visit to Ladakh to review India’s operational preparedness, has spoken to Vice Air Chief Air Marshal HS Arora regarding the blasts at Air Force Station in Jammu. Western Air Commander Air Marshal VR Chaudhary will visit the Jammu airbase to review the ground situation. The Air force reported that while one drone caused minor damage, the other was successfully intercepted in the open area. NIA is probing into the incident

This escalation by our neighbour comes three days after PM Modi held a meeting with 14 Kashmiri politicians including four ex- J&K CMs – Mehbooba Mufti, Farooq Abdullah, Omar Abdullah and Ghulam Nabi Azad. Promising that the Union Territory will get an elected government after the delimitation process is over, PM Modi expressed satisfaction at the progress of development projects in J&K. Shah stressed that the delimitation and peaceful Assembly polls will be “important milestones” in restoring statehood as promised in the Parliament.

On the other hand, Pakistan which has continuously criticised India over the revocation of Article 370, released a joint statement with India reiterating the existing mechanisms of hotline contact and border flag meetings, agreeing to a ceasefire. Moreover, Pakistan Army Chief General Qamar Javed Bajwa called for India to ‘bury the past and move forward’ as the peace between the two neighbours would help to ‘unlock’ the potential of South and Central Asia. Immediately, Pakistan PM Imran Khan backtracked maintaining that no talks can be held with India till Article 370 is restored.