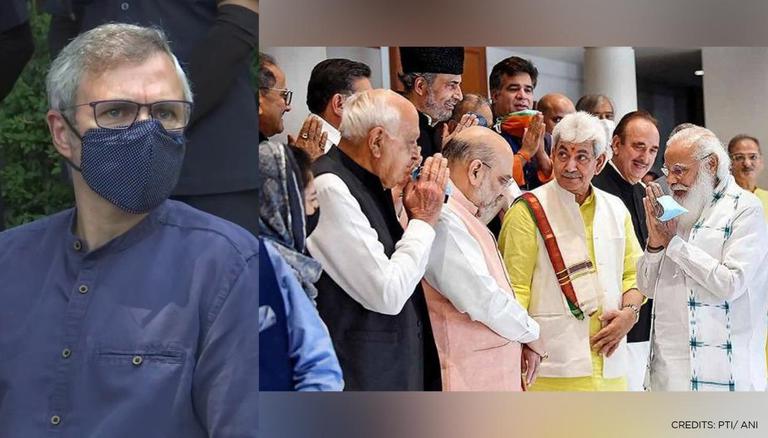 Amid alleged cracks in the Gupkar alliance, National Conference (NC) chief Farooq Abdullah on Saturday, said that the meeting with PM Modi in Delhi was a good first step and parties put up their state of affairs. Clarifying NC’s stance on restoring Article 370, NC vice-president Omar Abdullah told reporters in Srinagar that their fight for restoration will continue whether it takes 70 weeks or 70 years. Abdullah also stated that they differed from Centre’s timeline, demanding delimitation, statehood and then polls.

“Meeting with PM Narendra Modi was good. Parties have put their state of affairs in front of him. It was the first step from his side that how can we build better circumstances in J&K and start a political process,” said the NC patron. When asked on differing views by the PAGD parties, Omar Abdullah added, “We were not called there (at PM’s all party meet) as an alliance. Had that been the case, only one person from the alliance would have been invited. We did not say anything at the meet that is outside the agenda of the Gupkar Alliance.”

Earlier in the day, sources reported that PDP is unhappy with NC for not backing Mehbooba Mufti on restoring Article 370 during the meet.  PDP allegedly expected NC patron Farooq Abdullah to bring up restoration of Article 370 at the meeting as it’s a common agenda of all Kashmiri parties. In the meeting, Mufti stated that the people of Jammu & Kashmir are angry and upset with Article 370 in an ‘unconstitutional, illegal and immoral’ manner. On the other hand, Congress, NC, and JKPC did not raise the matter of restoration of Article 370 in the meeting as the matter was sub-judice.