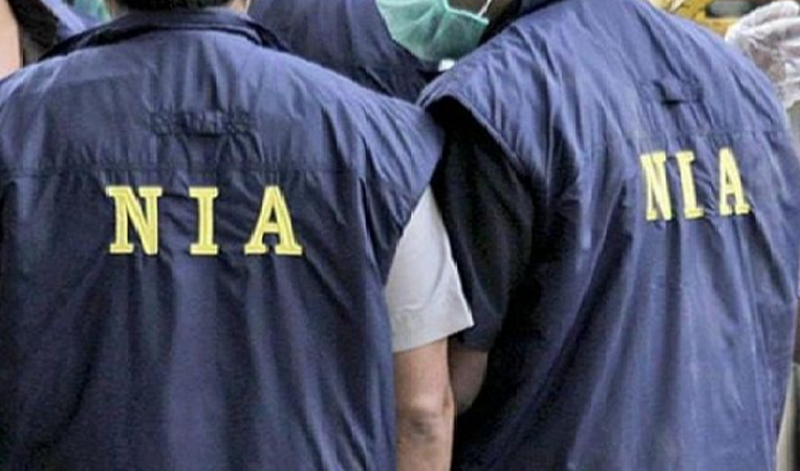 New Delhi/UNI: The National Investigation Agency (NIA) on Friday said that it has filed a charge sheet against seven terrorists of proscribed organisation Tehreek-ul-Mujahideen (TuM) before a special Jammu court in connection with the Poonch conspiracy case of Jammu and Kashmir.

According to officials in the NIA, all the accused have been charged under various sections of IPC, Arms Act, Explosive Substance Act and the Unlawful Activities Prevention Act (UAPA).

The officials said in the charge sheet the NIA has alleged that the named persons were part of a deep-rooted criminal conspiracy by Pakistan-based handlers of TuM and their terror associates based in Poonch and Kuwait to execute terrorist activities and wage war against the Indian State.

“Absconding accused Rafiq and other handlers based in Pakistan-Occupied-Kashmir with assistance of Sher Ali based in Kuwait, Mohd Mustafa , Mohd Yaseen, Mohd Farooq, Mohd Ibrar, Mohd Javid and others on the Indian side of LoC in Poonch district smuggled arms, ammunition, explosives, narcotics etc into the Indian territory,” the charge-sheet read.

The accused were taking advantage of geography, affinities of religion, culture and other ties cutting across both sides of the LoC, it added.

“During the course of investigation, a large cache of arms, ammunition, explosives, narcotics along with flag, posters and other incriminating material belonging to terror outfit TuM, which was hidden at different places in Poonch was recovered,” the charge-sheet further said.

The case was initially registered by Jammu and Kashmir Police in at Mendhar police station in Poonch District after the arrest of Mohd Mustafa Khan and recovery of six hand grenades along with other incriminating documents from his residence on December 27, 2020. Later on March 16 this year, the NIA re-registered the case and took over the investigation.