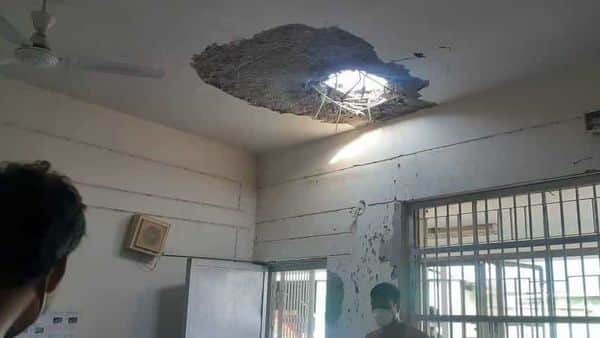 NEW DELHI : India is investigating a possible first-of-its-kind attack in the country in which terrorists have used drones to target the Indian Air Force (IAF) base in Jammu leading to minor injuries to two IAF personnel.

The National Investigation Agency (NIA) was looking into explosions caused by two low-intensity improvised explosive devices (IEDs) that were dropped from a drone. The explosions took place “close to the helicopter hangar” of the IAF base, according to news reports.

The explosion did not cause any damage to equipment, but two IAF personnel received “very minor” injuries, a person familiar with the matter said.

A patrolling team of the IAF witnessed the explosive being dropped and rushed to the area. A second explosive that was dropped minutes later, led to very minor injuries to two personnel, news reports quoting unidentified sources said.

“Two low intensity explosions were reported early Sunday morning in the technical area of Jammu Air Force Station. One caused minor damage to the roof of a building while the other exploded in an open area,” the IAF said in a Twitter post.

According to news reports, a grenade attack was ruled out as the explosion site was far away from the outer perimeter of the airport. However the area where the explosives were dropped was close to the aircraft hangars.

The Jammu air force base does not house fighter aircraft but it does have Mi17 helicopters and transport aircraft stationed there, according to the person cited above.

Though this is seen as the first attack using drones to target a major military installation in India, drones have been used to drop caches of weapons in Punjab, the person cited above said pointing a finger at Pakistan. All three branches of the Indian military have long been aware of the threat of the use of technology to target their personnel and assets. The Indian military is still in the process of acquiring anti-drone technology, the person said and added that while technology from abroad was being looked at, there is also the possibility of homegrown technology such as the one developed by the Defence Research and Development Organization that is also being considered.