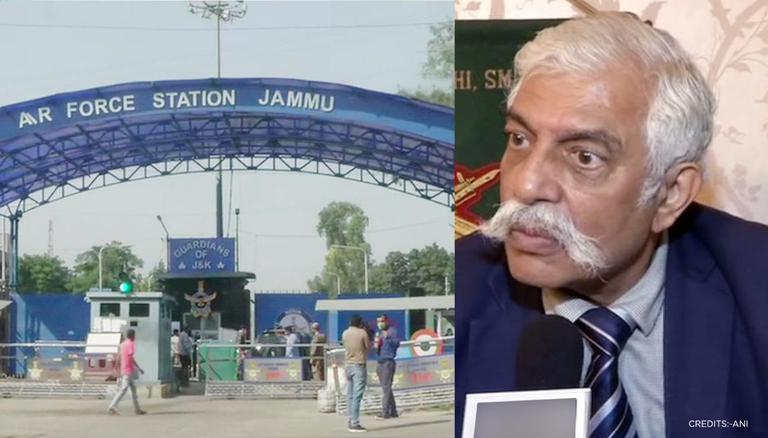 ‘Pakistan’s drone attacks at the Jammu airbase is tantamount to an act of war,’ asserted Major General (Retd.) GD Bakshi in an exclusive interview with Republic World on Sunday.

In the wee hours of June 27, twin explosions rocked the technical area of the IAF airbase in Jammu causing minor damage to the facility and leaving two Indian Air Force officers injured. Speaking to Republic World, Major General (Retd.) GD Bakshi evaluated the incident, speculated to be a drone attack by Pakistan, and detailed why the blasts were strategically timed.

“This morning there has been a terror attack on our Jammu airbase. We are waiting for an official statement but based on the initial information, there seems to have been an attack delivered by a drone vector, a small tactical drone with a very small explosive charge because there has been a hole in the roof. Any terrorists in the base can not climb up to the roof, he will be spotted from afar, so it seems to be a drone attack,” GD Bakshi said.

Major General GD Bakshi assessed the timing of the drone attacks and how it came months after Pakistan approached India to enter into a ceasefire agreement. According to him, circumstances seemed ‘suspicious’ ever since. “We were surprised when they asked for a ceasefire but nevertheless we went ahead and gave it. At that time, we were suspicious that something must be cooking because whenever Pakistan talks about peace you can very much expect that they are cooking something big,” he said.

‘We should be very clear that we do not become a court of inquiry nation. We will get to the bottom of this and we will defend ourselves proactively by hitting across the border and raising costs and consequences for the perpetrators of such attacks. Pakistan should have carefully thought this through, the fact that they dared to do this means something is cooking and if they think this can go ahead without a response then they are sadly mistaken,” he stated.

The retired Army general also discussed how drone attacks could be taken as an ‘act of war’, a recent example being the  Azerbaijan and Armenia conflict which was largely fought via drones. “If it is a drone attack on a strategic airbase, this is tantamount to an act of war. Please remember the Azerbaijan and Armenia conflict. Half the war was fought with drones. So for Pakistan to accept that it can launch a drone attack on the airbase and get away with it with no reaction from India, they are living in Lala land from which they have to be disabused,” he said.

Furthermore, Major General (Retd.) GD Bakshi also emphasized on the occurrence of the blasts, just days after PM Modi held a high-level meeting with leaders from Jammu and Kashmir. He assessed that ‘rattled’ Pakistan was now trying to ‘rock the boat.’

“The fact that the Prime Minister made a very welcome outreach to discuss things across the table, have an all-party meet, and pave the way for a return to the democratic process which has been slightly disrupted, though we have had elections to the local bodies very successfully is a welcome initiative. But Pakistan seems to be rattled over peace and normalcy returning back to J&K and they are quite clear that Article 270 has gone to history,” said GD Bakshi.

“They are trying to rock the boat but is it prepared for the consequences? India will no longer fight defensively or send you dossiers like after the Mumbai attacks because that invited more attacks. Pakistan has seen the trailer in Uri, a better trailer in Balakot. You want more of the same? It will be given to you till the time you realize that terrorism does not pay,” the retired Army General concluded.