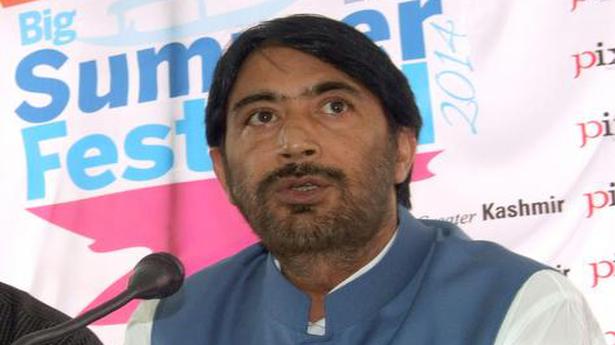 Mr. Mir, who is the president of the Congress’ Jammu and Kashmir unit, was among 14 leaders of eight different parties from the U.T. who attended the meeting chaired by Narendra Modi on June 24.

The Centre must follow-up on the positive outcomes of the recent all-party meeting in Delhi for early restoration of democracy in Jammu and Kashmir, Congress leader G A Mir said on Saturday.

Mr. Mir, who is the president of the Congress’ Jammu and Kashmir unit, was among 14 leaders of eight different parties from the Union Territory who attended the meeting chaired by Prime Minister Narendra Modi on June 24.

Four former chief ministers Mehbooba Mufti of the PDP, Farooq Abdullah and Omar Abdullah of the National Conference and Ghulam Nabi Azad of the Congress were at the meet along with former deputy chief ministers Tara Chand, Nirmal Singh, Kavinder Gupta and Muzzafar Baigh.

Mr. Mir said all the political parties responded to the call of the prime minister and this was a positive indication for the way forward.

“Now, it is for the prime minister to respond to this gesture, and the ball is in the court of the Centre to follow-up the positive outcome of the meeting and create a conducive atmosphere for the early restoration of democracy in Jammu and Kashmir,” he said.

Briefing senior Congress functionaries here on his return from Delhi, Mr. Mir said the party’s delegation, which was led by Azad, played its role in the right earnest, according to the guidance of the Congress high command.

“Ball is in the court of the Centre now for the positive outcome of the deliberations of the all-party meeting, in which the Congress placed people’s priorities rightly, as per the aspirations of the people of Jammu and Kashmir,” he said.

Mr. Mir said that Azad initiated the deliberations and highlighted the priorities of the people of Jammu and Kashmir to move ahead for restoration of democracy at the earliest.

The issues highlighted by the Congress in the meeting were heard with great patience and attention by Prime Minister Modi and Home Minister Amit Shah, the J-K Congress chief said.

Restoration of Jammu and Kashmir’s statehood at the earliest before assembly elections, transparent delimitation exercise after taking people on board followed by political process, safeguarding land and job guarantee to the people were among many issues that were raised by the Congress, Mr. Mir said.

While welcoming the decision of the Centre for holding an all-party meet, Mr. Mir said there appears to be some change in the “mindset and political language of the ruling party (at the Centre) as BJP leaders used foul language against the same leaders in the past who were invited for this meeting”.

“It was a step in the right direction for a healthy democracy,” Mr. Mir said.

However, he regretted that the BJP delegation did not represent the aspirations, sentiments and hardships of the people in the meeting. One former deputy chief minister, who is from the BJP, only highlighted and listed achievements of the central government, Mr. Mir said.

Senior J-K Congress leaders appreciated the role of the party leadership for the series of consultations at all levels to take the entire leadership of J-K on board, a spokesperson said.

“The people as well as the rank and file appreciate the entire exercise undertaken by the Congress leadership and the presentation of facts and issues before the all-party meeting in the right perspective,” he said.