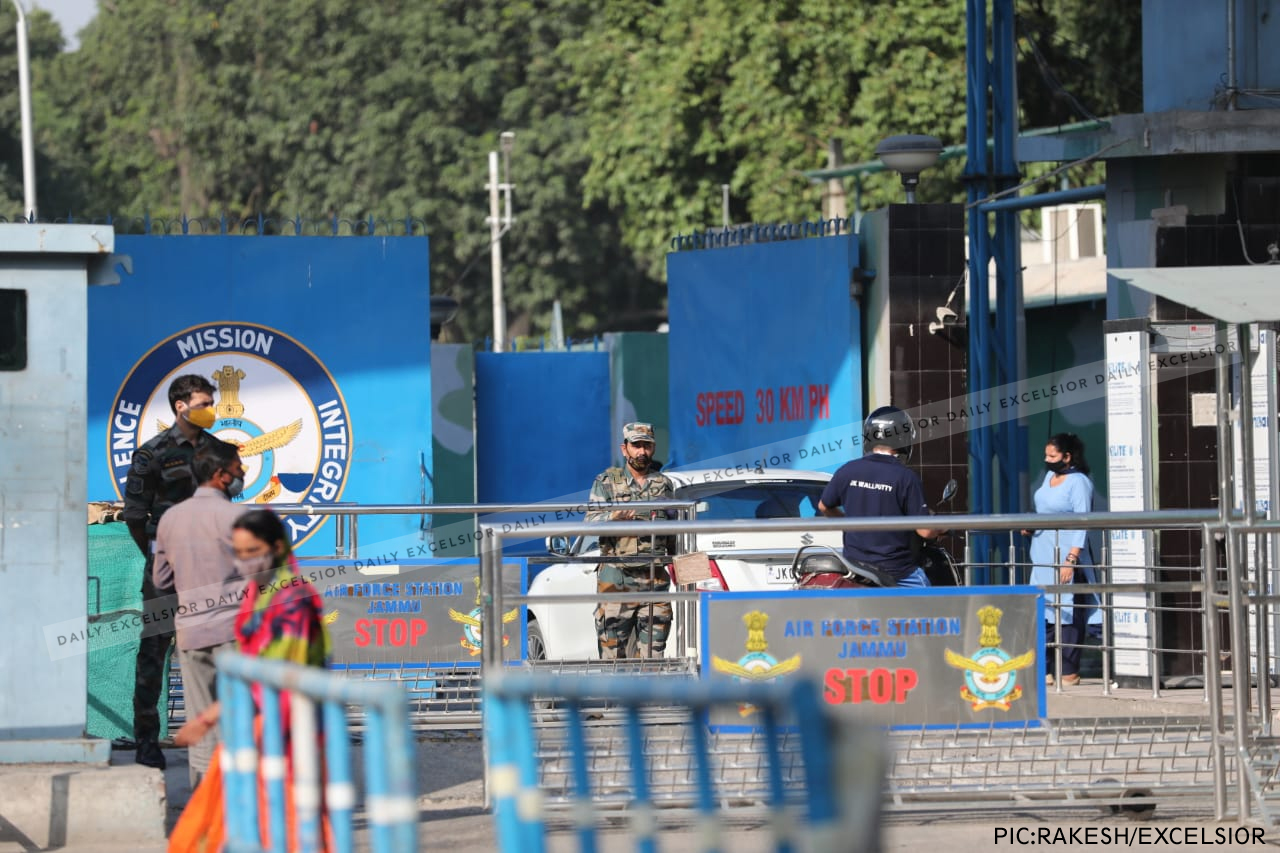 JAMMU: Two explosions, within a gap of five minutes, rocked the high security technical area of Air Force Station Jammu on the intervening night of June 26-27. An official statement from the Defence PRO stated that there was no injury to any personnel or any damage to equipment.
The explosions took place in the early hours of Sunday; the first blast ripped off the roof of a building at 1:37 am while the second one was on the ground at 1:42 am.
“Two low intensity explosions were reported early Sunday morning in the technical area of Jammu Air Force Station. One caused minor damage to the roof of a building while the other exploded in an open area. There was no damage to any equipment. Investigation is in progress along with civil agencies,” the official Twitter handle of the Indian Air Force tweeted. 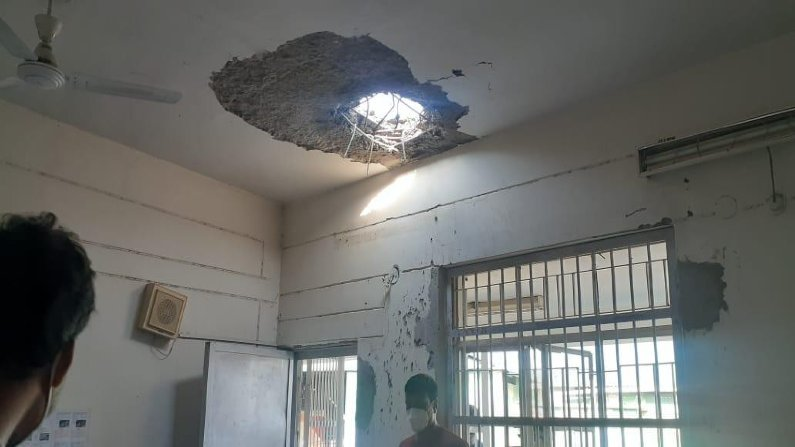 The area was cordoned off by security forces within minutes. Police and forensic teams are at the site to ascertain the cause of the two explosions.
A massive search operation has been launched outside the Air Force station. Investigations are on and the matter is being probed from all angles. The terror angle has not been ruled out. NIA and NSG teams will visit the site of the blasts shortly.
Security agencies are looking into whether a drone was used to drop an IED payload inside the airport’s high security zone to trigger the blasts. The border is 14 km from the Air Force Station and on previous occasions, weapons have been dropped as far as 12 km inside Indian territory using drones.
In a separate incident, Jammu police on Sunday nabbed two terror suspects. It is not clear yet whether the arrests are linked to the blast case. (AGENCY)