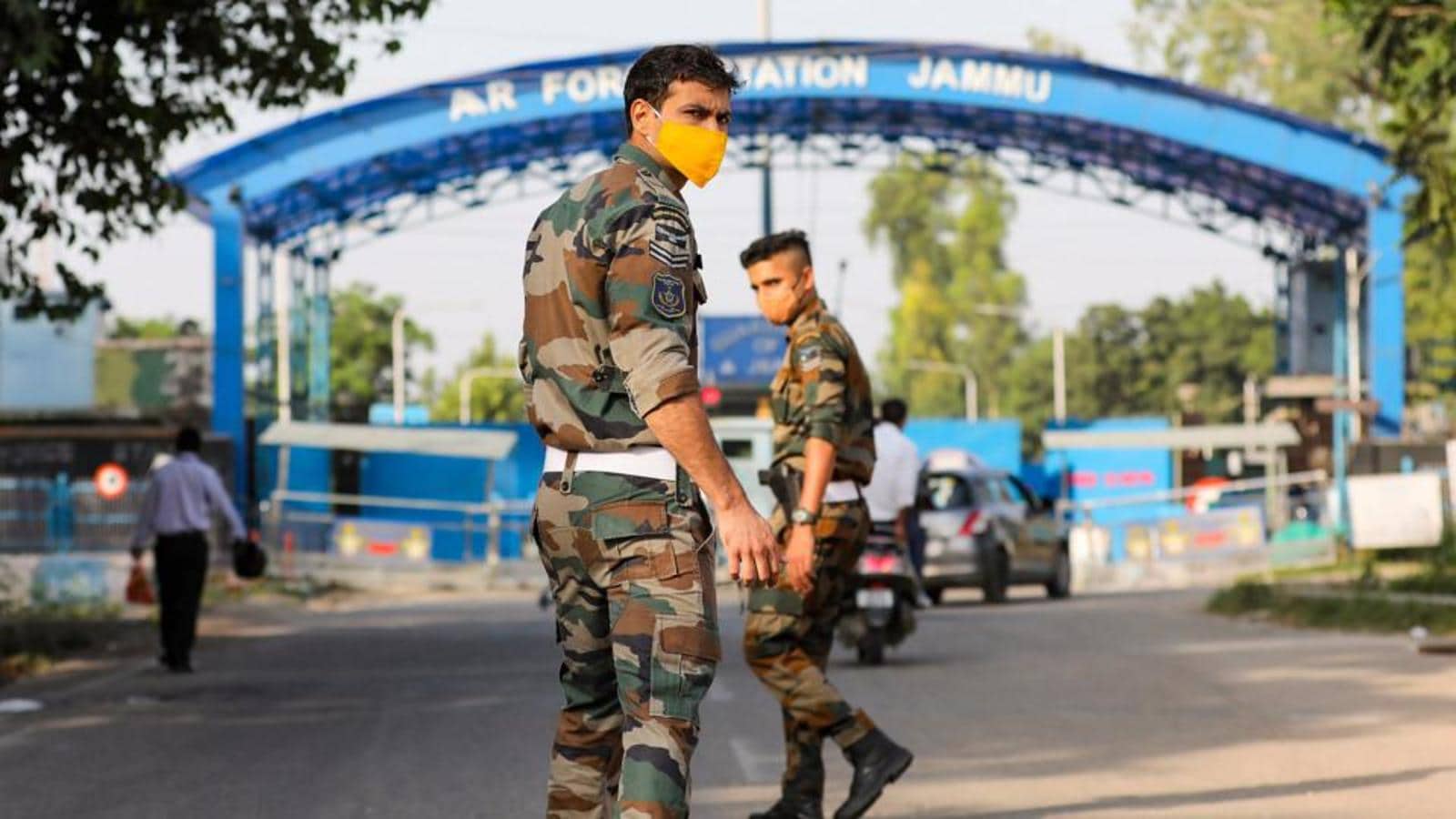 The Indian Air Force is probing two blasts that took place within five minutes of each other, damaging a building and injuring two personnel at the technical airport in Jammu early hours on Sunday amid speculations of a drone strike. The authorities have however said it will be too early to draw any conclusions. Jammu and Kashmir police said it was treating it as a terror case and had detained two persons for questioning.

The first blast at the airport, which is used for VVIP movements and armed forces’ strategic operations, took place at 1:37 am, damaging the roof of a building and the second one, said to be weaker in intensity, exploded at 1:42 am in an open area, the IAF said. It added that the blasts are being thoroughly probed by a high-level IAF investigation team, which was joined by a team of the National Investigation Agency (NIA). The Western Command Air chief has also reached the site.

A news wire reported that the blasts were carried out by “drones” and the “possible target of the drones was the aircraft parked in the dispersal area.”

Another news agency cited people familiar with the developments to say that “investigators are also examining the possible use of drones to drop the explosives at the airport that has various assets of the IAF.”

However, a defence spokesman advised the media to exercise restraint before drawing any conclusions.

“There is no injury to any personnel or any damage to any equipment. Investigation is on and further details are awaited,” an IAF spokesman said.

A person aware of the developments said the first blast created a hole in the rooftop of the building indicating use of “adequate amount of explosives”. Soon after the two blasts that were heard within one km radius, a bomb disposal squad along with forensic experts rushed to the site.

There have been several incidents of Pakistan using drones in border areas of Jammu and Kashmir to drop arms, ammunition, weapons, drugs and Hawala money to fuel terrorism in the region. The incident comes at a time when defence minister Rajnath Singh is at Leh in Ladakh to take stock of the security scenario.