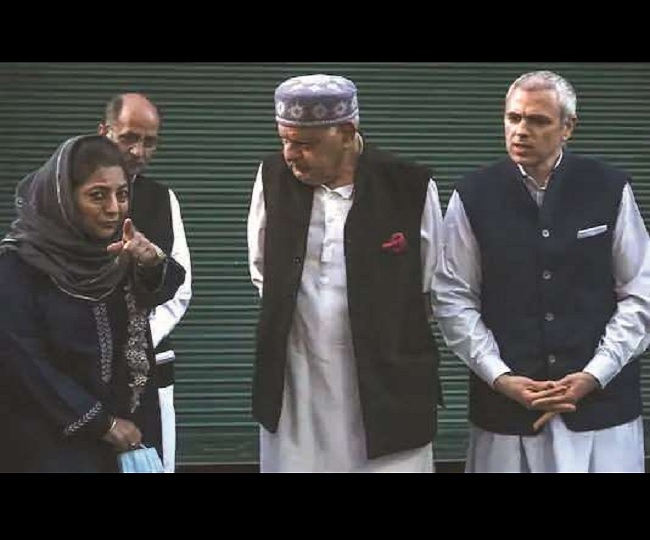 PM Modi on Thursday said that delimitation has to happen at a quick pace so that assembly polls can take place and an elected government gives strength to the development trajectory.

New Delhi | Jagran News Desk: Noting that the government’s priority is to “strengthen grassroots democracy” in Jammu and Kashmir, Prime Minister Narendra Modi on Thursday said delimitation has to happen at a quick pace so that assembly polls can take place and an elected government gives strength to the development trajectory.

The Prime Minister, who interacted with leaders from Jammu and Kashmir at a meeting convened by him, said that the meeting was an important step in the ongoing efforts towards a developed and progressive region where all-around growth is furthered. This was the first such meeting since the abrogation of Article 370 in Jammu and Kashmir and the bifurcation of the state into two union territories in August 2019.

The term delimitation refers to the redrawing of boundaries of an assembly or Lok Sabha constituency which ultimately reflects the changes to the population of a region. The process is carried out by the Delimitation Commission of India, which is an independent body and the executive and political parties cannot interfere in its functioning.

The main task of the commission is redrawing the boundaries of the various assembly and Lok Sabha constituencies based on a recent census. The Commission is a powerful and independent body whose orders cannot be challenged in any court of law. The orders are laid before the Lok Sabha and the respective State Legislative Assemblies. However, modifications are not permitted.

What does it mean for Jammu and Kashmir?

The delimitation in Jammu and Kashmir holds greater importance as after the Centre abrogated Article 370 and stripped the erstwhile state of its special status, both Lok Sabha and assembly constituencies are to be demarcated under the Constitution of India. The government had set up a fresh delimitation commission last year to take care of the process in the Valley. However, the process got an extension in wake of the outbreak of the COVID-19 pandemic in the country.

As per the Jammu and Kashmir Reorganisation Act of 2019, the new legislature in the erstwhile state will have 90 assembly seats after the fresh demarcation of assembly constituencies. Earlier, the number of assemblies in Jammu and Kashmir stood at 83. Before 2019, when Kashmir held its specials status, the strength of the J-K assembly was 87, including 4 seats in Ladakh. However, the state was bifurcated into two Union Territories — Ladakh and Jammu and Kashmir.

Last delimitation in Jammu and Kashmir:

Why it created a controversy?

The delimitation exercise created controversy after some groups in Jammu opposed the exercise on the basis of the 2011 census. The opposition came as in the 2011 census, the population of Kashmir is 68 lakh while Jammu’s population was 53 lakh. TRhis means that Kashmir will get a larger share of seats in terms of the population ratio. Of 87 seats, 46 are in Kashmir and 37 in Jammu.

Meanwhile, after PM Modi stressed that delimitation should be the top priority for Kashmir in order to carry out elections, former Jammu and Kashmir Chief Minister Omar Abdullah opposed the moves and said that it was not needed.