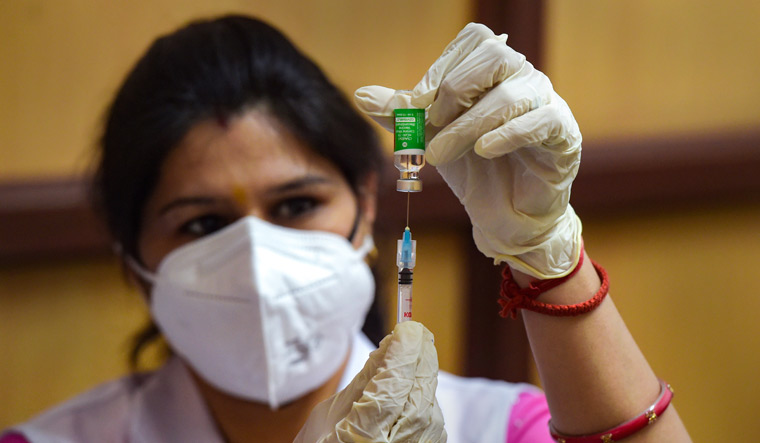 As India races to vaccinate enough of its population to stem the spread of the virus, data from the states shows that smaller ones are making better headway than larger peers. Smaller states (based on their population) like Kerala, Delhi and Gujarat have vaccinated more people as a percentage of their population than larger ones like Bihar, Uttar Pradesh and Rajasthan.

In terms of the overall number of vaccine doses administered, Maharashtra leads with three crore doses given, with 2.4 crore people having received at least one dose and 57.3 lakh deemed fully vaccinated. As a ratio of population, Maharashtra has vaccinated 20 per cent of its 12.2 crore people, based on data from Covid19India.org.

Uttar Pradesh is next, having administered 2.9 crore doses overall, with 2.5 crore people having received at least one dose and 41.9 lakh being fully vaccinated. However, this works out to just 12 per cent of its population having received just a single dose so far. Some states with larger caseloads, like Kerala and Karnataka, have administered vaccines to a much larger percentage of their population, at 29 and 26 per cent respectively.

The World Health Organisation had noted that the proportion of the population that must be vaccinated against COVID-19 to begin inducing herd immunity is not known, but notes that the threshold of coverage to achieve herd immunity was 95 per cent for measles and 80 per cent for polio. Another concern is that at least two doses are needed to guarantee protection against the virus, but

India’s increased 85-day gap between doses of Covishield (the most-administered vaccines) means many will be waiting for their second even as India continues to record over 50,00 daily new infections.

As per a study by Public Health England, two doses of the AstraZeneca vaccine (Covishield in India), provided 60 per cent efficacy against symptomatic disease from the Delta variant, with a single dose demonstrating just 33 per cent efficacy against symptomatic illness. However, a single dose can still save lives, granting an 80 per cent lower death risk according to Public Health England.

At a macro level, India has been inoculating over 60 lakh doses a day as per latest figures, with 52.89 lakh beneficiaries receiving their first dose on June 24, the 160th day since India’s vaccine drive began.

However, at a granular level, differences between states manifest mostly on the basis of their populations.

Small states like Sikkim (53 per cent), and union territories like Ladakh (59 per cent) and Lakshadweep (67 per cent) have covered most of their population with at least a single dose. However, even among small states there are large differences, with Nagaland having vaccinated just 18 per cent of its population and Jharkhand having vaccinated just 14 per cent. Other states like Goa (46 per cent), Tripura (46 per cent), Mizoram (39 per cent), Arunachal Pradesh (30 per cent), and Chandigarh (33 per cent) have also been able to vaccinate at least one in three people with a single dose.

For India, with 25.4 crore people having received at least one dose out of a population estimate of 133.3 crore, the vaccine coverage works out to 19 per cent.

This was noted by a report in Oxford Economics, which noted that “international experience suggests it is more prudent for governments to start relaxing restrictions substantially after between 28 per cent -47 per cent of the population have been vaccinated, which we call the ‘vaccine tipping point’ range.”

The report warned that it was risky for states to ease lockdowns when vaccination rates were low, saying “premature state re-openings could backfire”.

“We think this reopening strategy is not prudent and may result in a renewed rise in infections and re-tightening of restrictions in the future. Accordingly, we remain cautious and maintain our 2021 growth forecast at 9.1 per cent” the report stated.