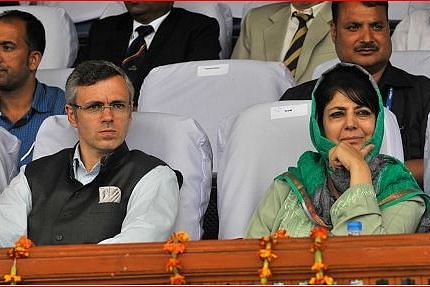 Yesterday (24 June), in an all party meeting chaired by Prime Minister (PM) Modi that lasted for more than three hours, leaders of different political parties, including the Gupkar alliance, discussed the future of the Union Territory (UT) of Jammu and Kashmir.

The Gupkar alliance is an amalgam of five political parties — the National Conference (NC), the People’s Democratic Party (PDP), the CPI(M), the Awami National Conference (ANC) and the J&K Peoples Movement —seeking pre-August 5 status restoration for Jammu and Kashmir (J&K).

The purported goal of the meeting was to settle a “political equilibrium” with regard to the union territory (UT). The meeting came almost two years after the parliament ended the special status of J&K, and made Ladakh a separate UT. It was held at PM’s official residence.

“Today’s meeting with political leaders from Jammu and Kashmir is an important step in the ongoing efforts towards a developed and progressive J&K, where all-round growth is furthered,” he said.

PM Modi clarified that the union government was committed to restoring statehood. He emphasised the need to strengthen democracy at the grassroots and working together with the people of J&K to ensure their upliftment.

Even one death in J&K is painful and it is our collective duty to protect our younger generation, he said, adding that everyone, regardless the political differences, should work in national interest to benefit people of J&K.

“Our democracy’s biggest strength is the ability to sit across a table and exchange views. I told the leaders of J&K that it is the people, specially the youth who have to provide political leadership to J&K, and ensure their aspirations are duly fulfilled,” he said.

He said that Jammu and Kashmir is moving towards peace and there is a new hope among people, while clarifying that the elections will be held after delimitation.

“Today’s meeting on Jammu and Kashmir was conducted in a very cordial environment. Everyone expressed their commitment to democracy and the constitution. It was stressed to strengthen the democratic process in Jammu and Kashmir,” he said.

After the meeting, the home minister tweeted that the government will think about restoring statehood to J&K. He further said that all the promises regarding the development of the UT will be fulfilled.

“The delimitation exercise and peaceful elections are major milestones towards restoration of statehood, as was promised by the government in the union parliament,” he further said.

Shah repeated that there would be no discussions with any other country over J&K. He also said that prisoners accused of serious crimes will not be released.

“We told PM that we don’t stand with what was done on 5 Aug 2019. We’re not ready to accept it. But we won’t take law into hands. We’ll fight this in court. We also told PM that there’s been breach of trust between the state and centre. It’s centre’s duty to restore it,” Omar said.

He also opposed the delimitation exercise. “There is no need for delimitation in Jammu and Kashmir now,” he said, adding, “If the whole purpose of August 5 was to fully integrate J&K with India, doing delimitation just for us does the opposite of that.”

“We requested PM that our fight will continue but it’s essential to reverse some decisions that aren’t at all in the interest of J&K. It was given the status of a UT, people don’t like it. They want full statehood for J&K with J&K cadre restored,” he said.

She was said to have been reluctant to attend the meeting. Before the meeting, she had said that India should restart dialogue with Pakistan to solve the Kashmir issue, raking up a controversy. She had also said that she would raise the issue of political prisoners with the PM.

After the meeting, Mufti said that the people of J&K do not accept the “unconstitutional” removal of Article 370.

“People of J&K will struggle constitutionally, democratically, peacefully. Be it months or years, we will restore Article 370 in J&K as it is a matter of our identity. We didn’t get it from Pakistan, it was given to us by our country, by Nehru, Sardar Patel,” she said.

Bukhari said that the talks were held in a good atmosphere today.

Azad said that they had raised five demands at the meeting. These are to conducts elections in J&K; guarantee of land ownership for residents; rehabilitation of Kashmiri Pandits; and the release of political prisoners.

He also supported the demand for statehood. Almost 80 per cent of parties spoke on Article 370 but the matter is sub judice in court, he said.

“There is no better time to grant statehood to J&K than now,” he said, adding that Home Minister Amit Shah said that the government is committed to granting statehood to J&K.

Baig said that almost everyone at meeting chaired by PM Modi raised demand for restoration of statehood of Jammu and Kashmir.

“The meeting was held in a very cordial manner. We came out quite positive that hopefully there will be some delivery for the people of Jammu and Kashmir,” said Lone.