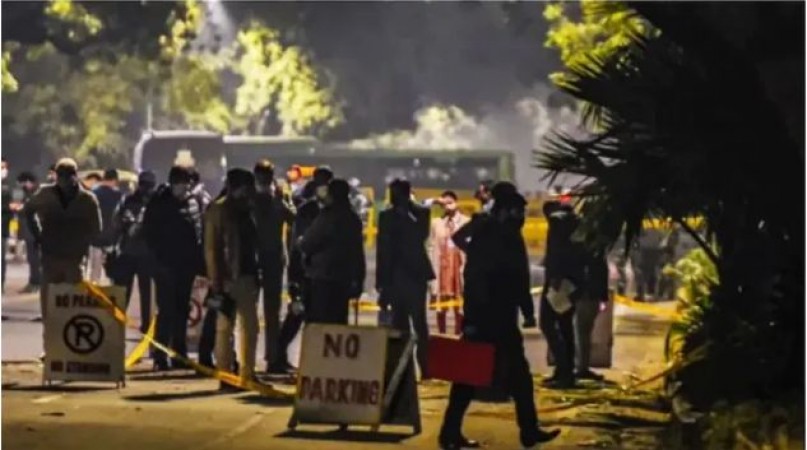 New Delhi: A Special Cell of Delhi Police has arrested four youths from Kargil in the Union Territory of Ladakh in a blast case outside the Israeli Embassy in the country’s capital. They have been brought to Delhi on transit remand from Kargil. According to media reports, the Special Cell of Delhi Police is interrogating four students in connection with the blast outside the Israeli Embassy.

According to reports, delhi police arrested the four persons on Wednesday (June 23, 2021). They are between 21 and 25 years of age. All of them come from middle class families and are college students. They can also be questioned by NIA after the special cell. Earlier, the National Investigation Agency (NIA), which is investigating the case, released CCTV footage of two suspects on June 15, 2021. Two suspects were seen going out of the embassy. the NIA had announced a reward of Rs 10 lakh to those who identified the suspects.

NIA had tweeted, “A cash prize of Rs 10 lakh (for each) will be given for providing information for identification and arrest of these persons. If you identify someone, give information on [email protected], [email protected] or 011-24368800 and 9654447345.” NIA had also shared a link to Google Drive for videos and photos of the accused.

Vacancy in more than 500 posts of Medical Officers in this State, apply here!