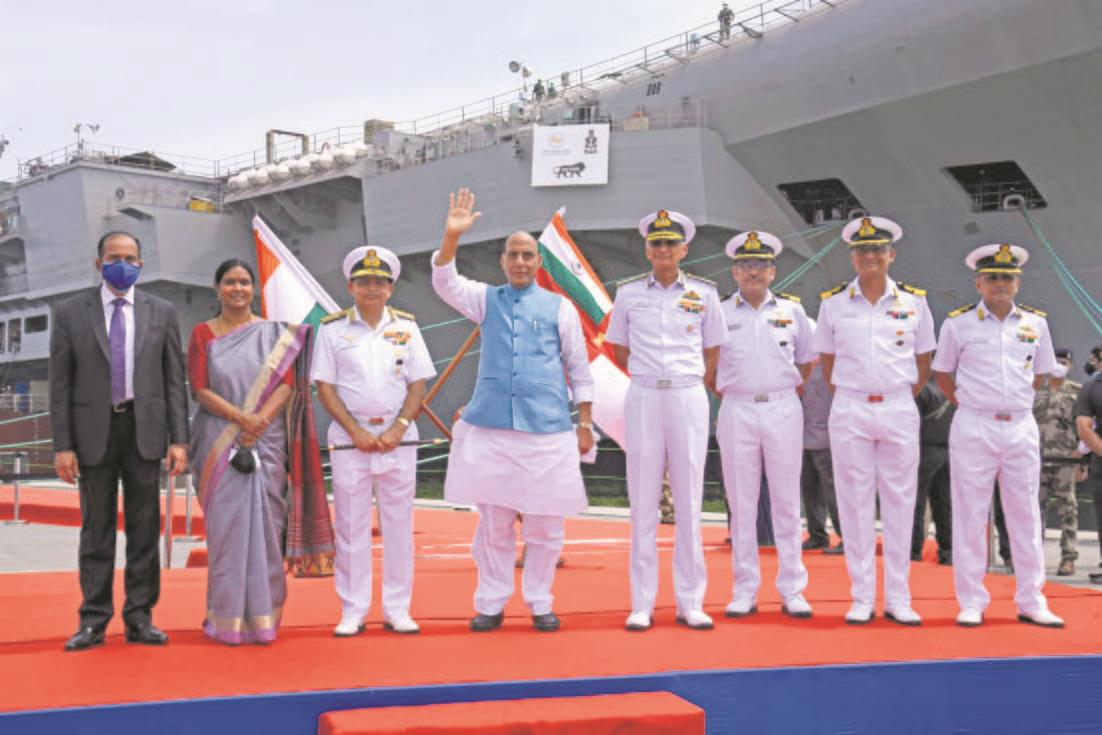 Defence Minister Rajnath Singh on Friday said the Navy’s forward deployment showed the country’s intent and readiness during the Galwan incident amid the military face-off in Ladakh between India and China.

“The Navy’s proactive forward deployment signalled our intent that we seek peace, but are ready for any eventuality,” he said during a visit to Kochi to review the construction of the upcoming indigenous aircraft carrier (IAC).

At the review on the IAC, that is named INS Vikrant, the minister was informed that the warship built by Cochin Shipyard Limited would be commissioned in the first half of 2022, and would be the most potent sea-based asset.

The Defence Minister said commissioning of the IAC next year would be a befitting tribute to 75 years of India’s Independence.

The ship would operate MiG-29K fighter aircraft, Kamov-31 air warning helicopters and the soon to be inducted MH-60R multi-role helicopter.

The Defence Ministry said Singh expressed “satisfaction” at the progress of construction adding that the IAC was having nearly 75 per cent indigenous content from design to steel used in construction to key weapons and sensors.

He reaffirmed the government’s commitment towards a strong Indian Navy, saying, “The IAC and Project Seabird at Karwar, which will be the Asia’s largest naval base, are the examples of our unwavering focus”.