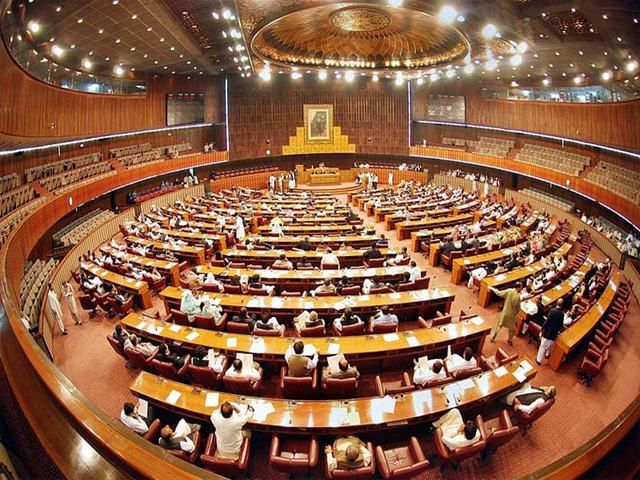 ISLAMABAD: Amid severe criticism by opposition parties, the National Assembly Friday passed 68 budgetary demands and grants of Rs4.35 trillion relating to different ministries, divisions and departments for the financial year 2021-22 laid in the house for debate.

The opposition members termed the budget unrealistic and said the government had tried to fool the people through the budget. They lamented the government’s fiscal and social policies vis-à-vis taxes, performance of institutions, health and education sectors, minorities, foreign loans and their utilisation, salary and pension of government employees, exports, oil pricing, sugar crisis, and food security.

As expected, they added, the targets set in the budget 2021-22 would never be met as ground realities were ignored by the government during its preparation. Khurram Dastgir Khan of the Pakistan Muslim League-Nawaz (PML-N) said that introduction of “Hot Money” in the country was a horrendous step of the government.

He questioned that “$3.5 billion hot money was put in the State Bank of Pakistan (SBP) and the government paid 13.5 percent interest rate”, adding “the House should be told about those people who put the hot money in the bank”.

He said that the circular debt is increasing due to incompetence of the government as they managing the affairs of the country is beyond their capability.