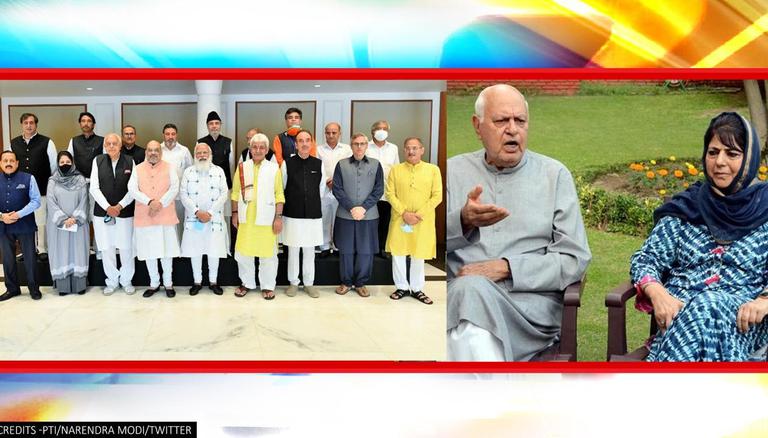 Days after PM Modi’s all-party meeting with Kashmiri politicians, sources reported on Saturday that PDP is unhappy with NC for not backing Mehbooba Mufti on restoring Article 370 during the meet. Sources report that PDP feels that NC has let down the Gupkar Alliance at the meeting when Mufti brought up Article 370 in the meeting. PDP allegedly expected NC patron Farooq Abdullah to bring up restoration of Article 370 at the meeting as it’s a common agenda of all Kashmiri parties.

Moreover, PDP spokesperson Firdous Tak also questioned if Congress was representing itself or the Prime Minister and Home Minister at the post-meet presser, taking a dig at Ghulam Nabi Azad. As per sources, Mufti had urged Centre to resume talks with Pakistan and restart train services between the two countries. She had also raised the matter of Article 370 in the meeting, stating that the people of Jammu & Kashmir are angry and upset after its abrogation in an ‘unconstitutional, illegal and immoral’ manner.

Was Congress representing Congress or PM, HM. The presser speaks beyond words

On the other hand, Congress, NC, and JKPC did not raise the matter of restoration of Article 370 in the meeting as the matter was sub-judice. In the meeting, Azad presented Congress’ 5 demands to the Centre – the restoration of statehood, elections, restore domicile laws, return of Kashmiri Pandits to the valley and release of all political prisoners. On the issue of Pakistan, Sajad Lone tasked MEA to handle it.

Promising that the Union Territory will get an elected government after the delimitation process is over, PM Modi expressed satisfaction at the progress of development projects in J&K. Speaking on this occasion, Union Home Minister Amit Shah stated that several major road projects, two new AIIMS and 7 new Medical Colleges are being set up in J&K. Moreover, he stressed that the delimitation and peaceful Assembly polls will be “important milestones” in restoring statehood as promised in the Parliament. Currently, the EC is in talks with district authorities to resume the delimitation process post-bifurcation.