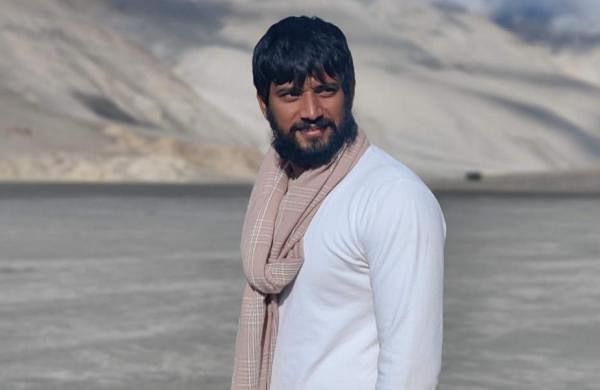 Krishna is back on sets to resume shooting for his upcoming directorial, Love Mocktail 2. The actor-director, along with his wife Milana Nagaraj, who is co-producing the film, was in Leh-Ladakh a couple of days ago to shoot some montages.

“Love Mocktail 2 required a few montage shots. We managed to shoot it on this trip. It was a short and sweet schedule for four days, and now we are back to Bengaluru,” says Krishna, who shared some latest pictures with us. Krishna is hoping to hit the silver screen with Love Mocktail 2 in 2021.

“In between all my acting commitments, I am equally focussed on completing Love Mocktail2. The post-production work for whatever has been shot has been completed. We are now waiting to complete the remaining portions. I’m waiting to bring out my film before December, and hopefully, COVID-19 will not play spoilsport again,” he says.

With Krishna playing the lead, Love Mocktail 2 has Rachel David making her Kannada debut as the heroine. The film also features Sushmita and Abhilash in the cast. Nakul Abyankar will be scoring the music and SriCrazyMindz will handle the editing and cinematography.

Krishna to resume shooting for Nagendra Prasad’s film from Monday

Apart from his directorial work, Krishna has committed to multiple projects and will resume shoot for choreographer- turned-director Nagendra Prasad’s film from Monday in Bengaluru. The actor is starring in a romantic drama, which is inspired by the Tamil hit flick, Oh My Kadavule.

The makers have managed to bring in Puneeth Rajkumar in a pivotal role, as well as Sangeetha Sringeri and Roshni in the female leads. “I will be shooting for this film at a stretch and will complete shooting my portions,” says Krishna, who also plans to complete shooting for Nagashekar’s [email protected], for which he is left with only 10 days of shoot.

“I will then follow it up with Mr Bachelor and Sugar Factory. After completing these commitments is when I will go to the sets of Love Me or Hate Me,” he adds.