Three compelling reasons could have been the motivation behind New Delhi’s meeting on June 24 with 14 Jammu and Kashmir politicians, including the Gupkar Alliance which till not so long was vilified as a ‘gang playing into foreign hands’, ‘corrupt’ and ‘dynastic’.

One is the constitutional and abiding Indian commitment to ensure a functioning democracy in every territory.

Second, the geo-political and India’s strategic concerns underscore the need for easing of tensions with respect to Kashmir and scaling down the high-pitched rhetoric.

Third, salvaging India’s image, battered on account of complete breakdown of civil liberties and absence of democratic space, internationally was an imperative.

After the conclusion of yesterday’s marathon meeting that went beyond three and a half hours, it appears that at least two of these reasons may not have been the motivating factors.

It is not difficult to see why. In the last seven years of Modi led BJP’s reign in India, the party has shown scant respect for democratic norms propriety and federalism.

Last year’s Chinese aggression that continues to be met with measured silence in New Delhi despite China fortifying its bases in the territory in Ladakh reveals that strategic concerns rarely become a factor in its method of planning. Prime Minister Narendra Modi, however, is extremely obsessed with his international image and that concern is pretty much resolved with some cosmetic arrangement and a partisan media giving it a twist.

This is precisely what happened after the June 24 meeting. While an army of embedded media created the cotton candy narrative of ‘Centre’s magnanimity’ and ‘broad consensus’ emerging at the meeting, prime minister offered another catch phrase ‘Dill ki Doori aur Dilli se Doori’ and the Union Home Minister, Amit Shah emphasized on ‘Delimitation first followed by UT elections and then the rest of the discussions can follow’.

This insistence betrays signs of a premeditated plan that sledgehammer the basic principles of dialogue. There were no red lines drawn for the meeting agenda and all the 14 participants from Jammu and Kashmir were given a chance to speak freely.

That should have been promising. But it was not.

The likes of Muzaffar Baig and Altaf Bukhari, who came out to disclose (to media) less about what they had said and more about what the Centre wanted enriched this narrative. That’s typical of political developments regarding Kashmir – amplification of voices known in Kashmir as “collaborators” and dwarfing the rest to the point of irrelevance to result in a “consensus” that really does not exist on ground.

The drama of June 24 makes no departure. The Central government was non-committal and there was no clarity about what the next step would be. It fitted neatly into the bill of proverbial ‘nashistan, guftan, barkhastan’ (sit, talk and leave). Would there be a process to carry the dialogue forward? Or, was it being deemed that consensus has already arrived at? Any serious exercise should have addressed these questions and brought some clarity, besides broadening the scope of talks by agreeing to minimal confidence building measures on the ground.

Prime Minister Modi averred that New Delhi wanted to begin a democratic process in Kashmir. Why does it not sound convincing?

The foundational need of democracy is creation of a conducive atmosphere – not one where rampant human rights abuse and fear dictate the socio-political life under military jackboots.

Elections are not the sole indices of democracy, especially when it is being proposed in a space where an entire political structure was brought down and the relevance of politicians fully purged.

The trust deficit today exists not only between New Delhi and the politicians but also between people of Jammu and Kashmir and New Delhi, as well as people and their local leaders. Also, the regional, religious and political fault-lines open up walls of mistrust between the peoples of the erstwhile state, deepening the complexity of an already fragile state.

By giving preference to the agenda of ‘delimitation’ over ‘confidence building’, the Modi government has sent across the message that people don’t really count in its idea of democracy. The only thing that counts is delimitation of constituencies in Jammu and Kashmir and this is being peddled as the very elixir of democracy.

It doesn’t take rocket science to figure out that New Delhi’s obsession with the delimitation exercise, while evading any commitment over the demands made by the J&K politicians, stems from a desire to carve out more Hindu majority constituencies to give BJP the benefit.

Clearly, the Centre does not want to rush ahead with elections in J&K, either in UT form or with full statehood, without cutting the Kashmir based parties, particularly the Gupkar Alliance, to size.

Despite using all its resources, the BJP couldn’t defeat them in the District Development Council (DDC) polls, whose purpose is yet not clear. The BJP would not want to cede an inch of space to them. In fact, New Delhi would be far more interested in diminishing whatever little legitimacy the Gupkar Alliance gained during the DDC elections.

The latter is conscious of this design and, thus, amidst an atmosphere bursting with suspicions, they are also guided by concerns that New Delhi’s U-turn could well be a trap. For the Gupkar Alliance, treading this precarious situation is a razor’s edge walk. If they fail to challenge New Delhi’s actions since 2019, they will lose their acceptance fully in their constituency. If they are too aggressive, they run the risk of persecution. BJP’s interest is best served by seeing them bleed at both the edges.

That may be one of the motives behind the June 24 exercise, unless some seriousness follows for a meaningful process of restoring Jammu and Kashmir’s democracy. The coming days will shed more light, also revealing whether strategic and security concerns will be sacrificed at the altar of a short-sighted vision. 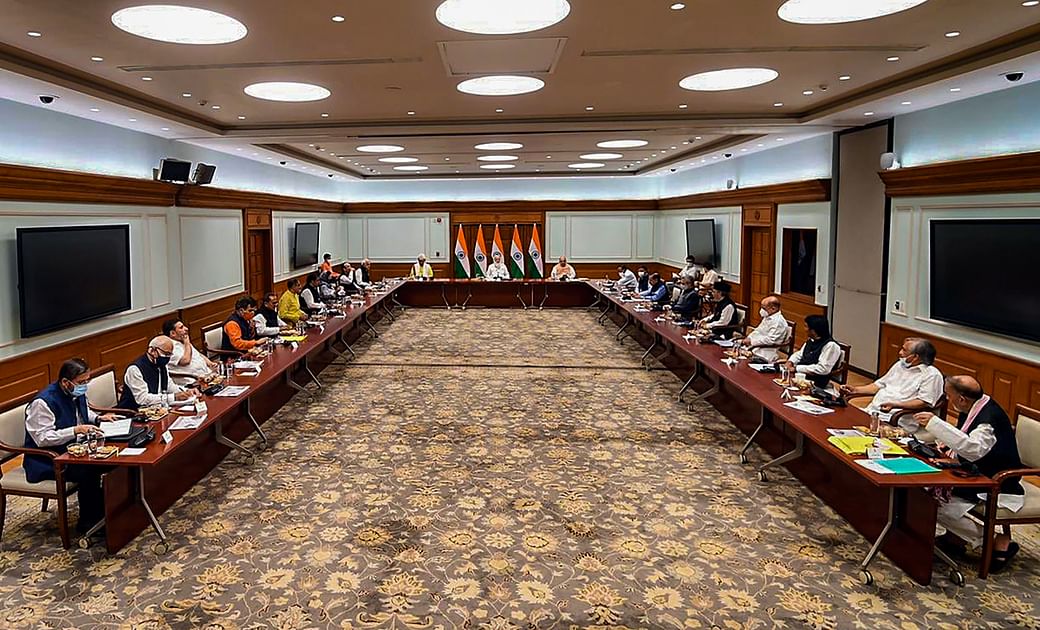