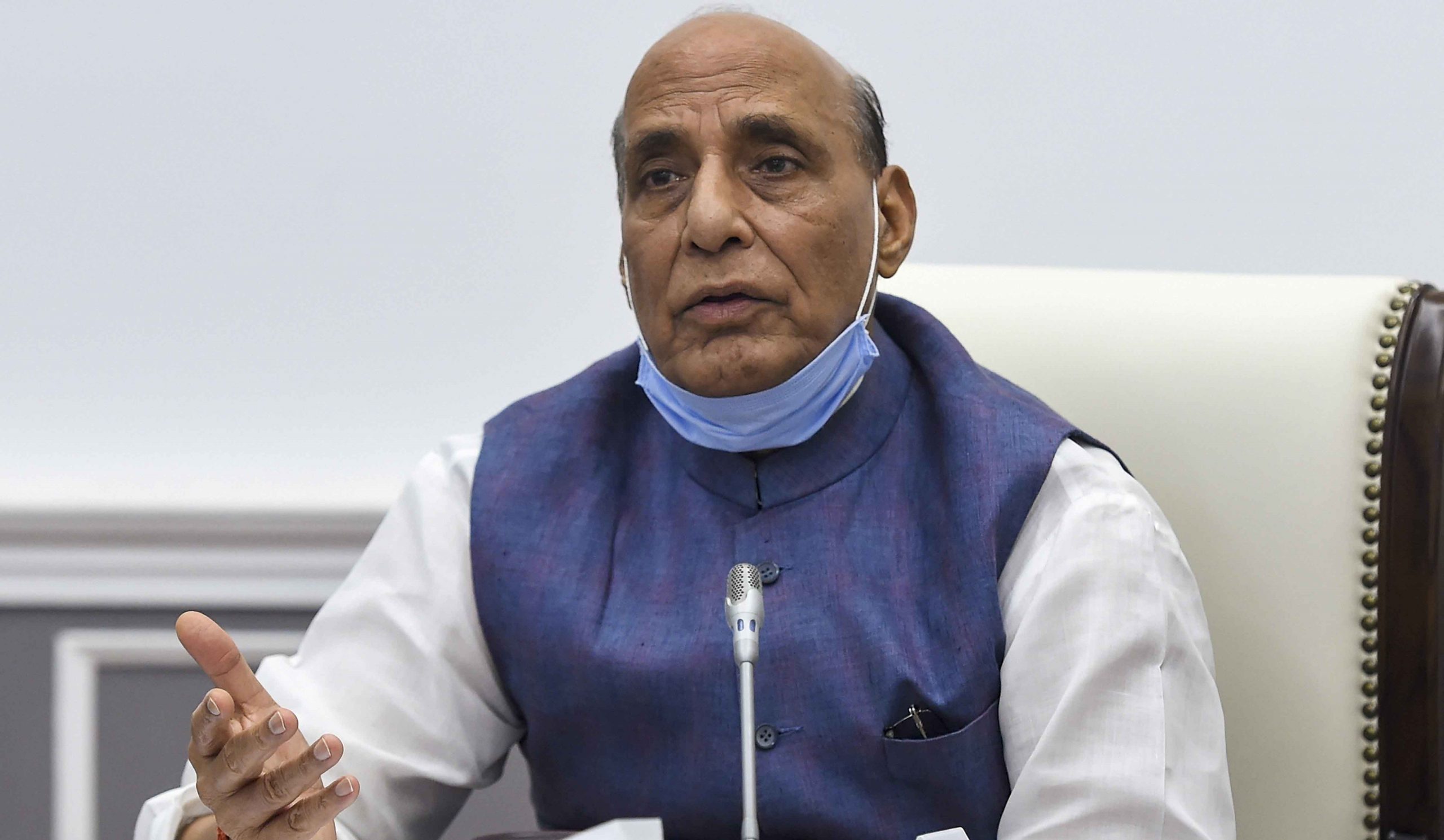 Kochi: Defence Minister Rajnath Singh Friday said the Navy’s forward deployment showed the country’s intent and readiness during the Galwan standoff amid the military face-off in Ladakh between India and China.

This is the first official word on Indian Navy’s proactive deployments in wake of the tensions between India and China. Singh was speaking after inspecting the work on the country’s indigenous aircraft carrier in Kochi.

“Navy’s proactive forward deployment during the Galwan standoff signalled our intent that we seek peace but are ready for any eventuality.”

The minister said that Navy remains poised and combat-ready to tackle any challenge.

Singh said it was a pleasure to review first-hand the work being done on the Indigenous Aircraft Carrier, which is India’s pride and a shining example of Atmanirbhar Bharat. He has been on a two-day visit to Karwar and Kochi.

On Thursday, he had reviewed Project Seabird at Karwar, which will be the largest Naval Base of the Indian Navy in future, and will provide the facilities and infrastructure to support the Navy’s operations in the Indian Ocean Region and beyond.

The defence minister said commissioning of the IAC next year will be a befitting tribute to 75 years of India’s Independence.

“The combat capability, reach and versatility of the aircraft carrier will add formidable capabilities in the defence of our country and help secure India’s interests in the maritime domain,” he said.

The construction of the aircraft carrier INS Vikrant in Kochi has faced many delays since work started on it in 2009.

An additional aircraft carrier is key in wake of growing Chinese forays into the Indian Ocean Region.

While INS Vikrant awaits completion even after 11 years since work started, China’s first indigenous carrier was commissioned in 2018 within 3 years of starting construction.

India currently has INS Vikaramditya as the only operational aircraft carrier while INS Vikrant is under construction and the Indian Navy has been pressing for the third one but faces resistance from the government and military planners.

Vikrant is in an advanced stage and is expected to start sea trials soon and be fully ready by later 2022 or early 2023.

“Our impetus to modernisation, harnessing India’s indigenous industry and know-how, is a key priority,” he said.

Pointing out that the navy is looking at indigenous options, the defence ministry saod 42 of the 44 warships on order being built at Indian shipyards is a testimony to this.

“The IAC boasts of nearly 75 per cent indigenous content, from design, to steel used in construction, to key weapons and sensors. DAC has also recently accorded approval for RFP of Project 75-I under the Strategic Partnership model, which will give further fillip to indigenous development of niche manufacturing technologies,” he said.

During his address, Singh also talked out Navy’s significant contributions in the fight against Covid-19, bringing back Indian citizens from overseas during Op Samudra Setu-I, and much needed Liquid Medical Oxygen during Samudra Setu-II, despite dangers of Covid spread onboard warships.

Search and rescue efforts by Navy during Cyclone Tauktae showcased the spirit of daring and courage among our men and women in whites.

“Our efforts are in alignment with the Prime Minister’s Vision of SAGAR, or Security and Growth for All in the Region, and the wider goal of a Free, Open and Inclusive Indo-Pacific region, to ensure peace and stability in the region,” the defence minister said.