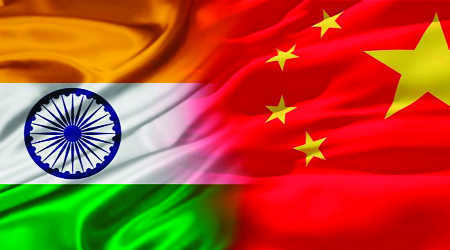 India and China decided to maintain “stability on the ground and prevent any untoward incident” in the border area in eastern Ladakh at the 22nd meeting of the Working Mechanism for Consultation and Coordination on India-China Border Affairs (WMCC) held on Friday after a gap of over three months.

The two sides agreed to hold the next (12th) round of the senior commanders’ meeting at an early date to achieve the objective of complete disengagement from all friction points along the LAC in the western sector in accordance with the existing bilateral agreements and protocols, according to an MEA release.

Both sides agreed to maintain dialogue and communication through diplomatic and military mechanisms to ensure full restoration of peace and tranquility to enable progress in bilateral relations. They also agreed that in the interim, the two sides will continue to ensure stability on the ground and prevent any untoward incident, said the MEA release.

The Indian and Chinese delegations were led by the MEA Additional Secretary (East Asia) and the Director General of the Boundary & Oceanic Department of the Chinese Ministry of Foreign Affairs, respectively.

The meeting took place days after the two foreign offices blamed each other for amassing of troops and military equipment along the Line of Actual Control (LAC). MEA spokesperson Arindam Bagchi had on Thursday hit back at Chinese counterpart Zhao Lijian for suggesting that the high level of troop and military equipment was a “normal defence arrangement to prevent and respond to encroachment and threats on China’s territory”.

Bagchi had replied by stating that it is “well recognised that it has been the Chinese actions over the last year, including amassing of troops close to border areas and trying to unilaterally alter the status quo along the LAC, which have seriously disturbed peace and tranquility in the border areas”.